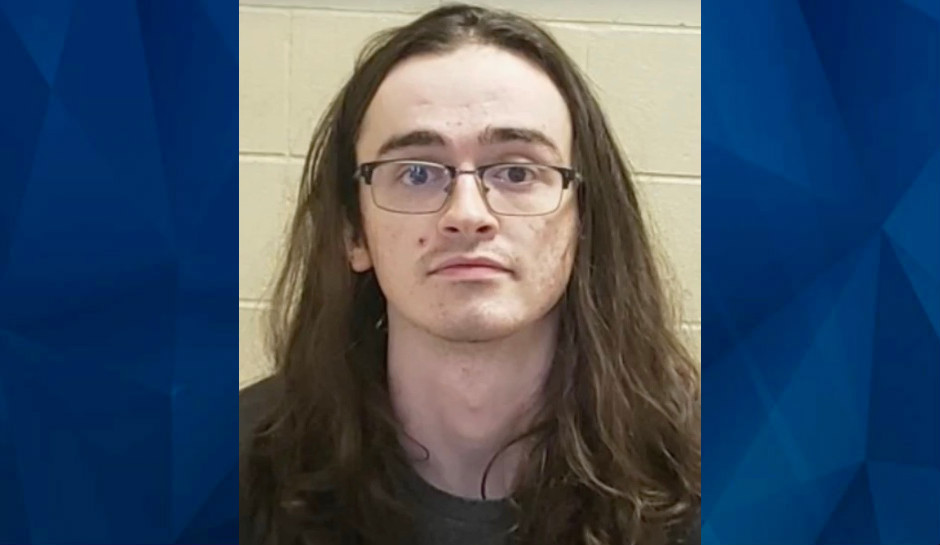 An Alabama man has been jailed after he allegedly tried to hire someone to kidnap and rape a woman in Wisconsin he met online but had never met in person.

FBI agents arrested Matthias Jacob Edward Mann, 22, on Thursday at his family home in Hartselle. He faces multiple charges, including attempted kidnapping and attempting to entice someone to cross state lines to commit a sex crime.

Court documents say that a Minnesota police detective was monitoring a group on the social media platform Kik called “Abduction and R@pe 3” where users share fantasies, trade sexual assault videos, and request the rape of others, WHNT reported. On December 29, 2021, the detective noted a new user posting in the group — Dylan H — who posted, “Can anyone abduct and rape a b**** in Wisconsin?”

The detective contacted Dylan H. and said he was interested. Dylan H. offered him $2,000 to kidnap and rape the woman, saying she was an “ex-friend” who “needs the most brutal **** rape imaginable,” according to court records. He sent photos of the woman and an address in Sun Prairie, Wisconsin, and told the undercover detective he’d tried to contract with someone to rape the woman before but the person tried to rat him out.

The detective contacted police in Sun Prairie and had them find the woman and ensure her safety.  The following day, records say, he called Dylan H. and recorded the conversation. During the call, Dylan H. reiterated his desire to have the woman kidnapped and raped and said it was not a fantasy. He said he confirmed she was a former friend and told the detective he wanted a video of the abduction and rape.

That evening, the detective spoke with the intended victim, and she recalled talking with someone named Matthias Mann online, saying they’d never met in person. She gave investigators a screenshot of him. Using subpoenas and search warrants to phone companies and internet service providers, the detectives eventually identified Dylan H. as Matthias Mann.

Dylan H/Mann and the detective spoke on Kik and via text messages on January 1 and 2, and Mann agreed to give him $100 for gas money to drive to Wisconsin and $2,000 when he’d completed the “job.” The woman contacted investigators over that weekend and told them she’d gotten crude messages from a telephone number associated with Mann.

On Monday, Mann contacted the detectives with an address in Hartselle where he wanted the video of the rape sent, the court records say. The following day, Minnesota detectives contacted the FBI in Alabama, who went to the address and found a vehicle registered in Mann’s name in the driveway. On Wednesday, Mann sent the detective $75 via Zelle for “miscellaneous” expenses.

WHNT said Mann is being held in the Morgan County Jail.