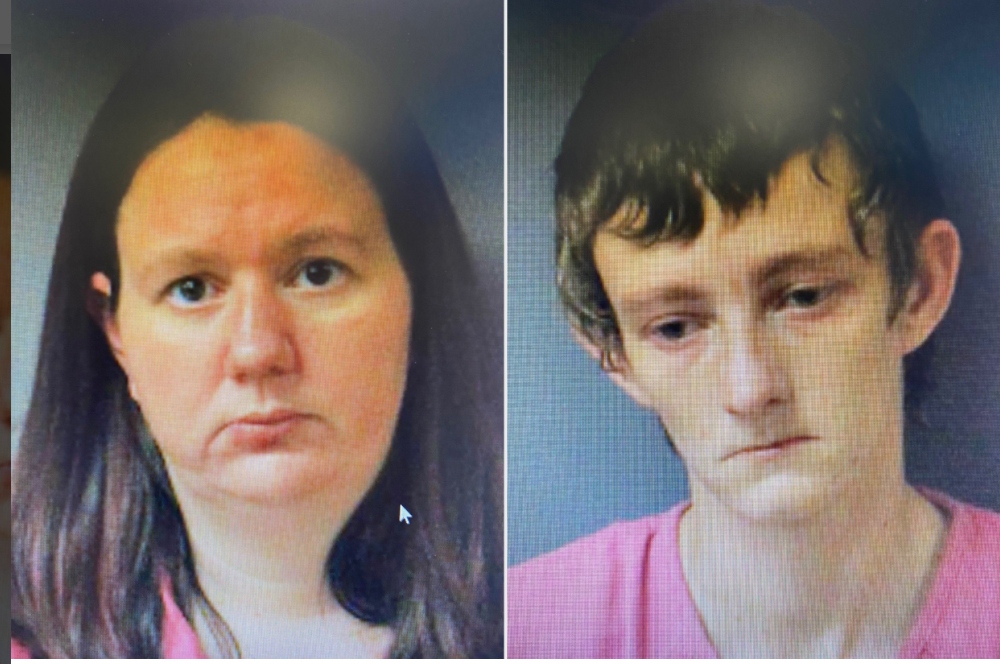 Horrific details of alleged child abuse have emerged after two Pennsylvania women were charged in connection with the deaths of a pair of young girls, WBRE-TV reports.Investigators allege that the girls were regularly starved, pushed into walls and choked before they died and were buried in the yard of a rural Hepburn Township home.What prompted the abuse? The mother’s girlfriend told police she “hated” the victims, according to WBRE-TV.In September, child welfare investigators began an investigation into allegations that a 7-year-old child was being neglected. While agents were visiting the child’s home, they questioned the child’s mother, 32-year-old Marie Snyder, about the location of her other children: 6-year-old Nicole Snyder and 3-year-old Jasmine Snyder, WBRE-TV reports.Two months later, in November, authorities found human remains buried in the yard of the mother’s residence, which she shared with her girlfriend, 26-year-old Echo Butler.Investigators later identified the remains as belonging to Nicole and Jasmine Snyder.Police subsequently interviewed Marie Snyder, Butler, and Butler’s mother and determined that the girls likely died from physical abuse and starvation.Butler told investigators that she “hated” the two younger girls and that they were “bad,” according to WBRE-TV.Butler admitted that she would “knee or push” the girls’ bodies into walls. She would also “choke” Nicole until the girl’s eyes would roll back into her head, WBRE-TV reports.Both the girls’ mother and Butler allegedly starved the girls, feeding them only tiny portions of food and “two sips of water,” according to the court records obtained by WBRE-TV.The girls were allegedly forced to eat by themselves in a dark room while other members of the family would have full meals and better food.As punishment, the girls were forced to have cold baths or were required to stand in a dark room or corner, at times restrained.Authorities believe that Nicole died in May 2016. In the days preceding her death, she was allegedly “pale, unable to stand on her own and her hair was falling out,” court records state, according to WBRE-TV. Echo admitted that she buried Nicole in the back yard.Jasmine is believed to have died in 2017, WNEP-TV reports.The girls’ mother allegedly received benefits intended for the children for four to five years after they died, according to WBRE-TV.Marie Snyder reportedly wrote letters to Butler. One letter reads: “If you want them gone, they’re gone,” WNEP-TV reports. Another letter states: “I started to correct them, and it went very wrong. I lost one of my babies,” according to the television station.Prosecutors have charged Marie Snyder with homicide, child abuse and theft, among a litany of other charges.Butler has been charged with homicide, tampering with evidence, abuse of corpses and numerous other crimes.Butler’s mother, Michele Butler, faces multiple charges of endangering the welfare of children, concealing the death of a child and abuse of corpses.Lycoming County District Attorney Ryan Gardner told reporters that this is among the worst crimes he’s ever seen and that he will seek the death penalty, according to WNEP-TV.“The death penalty will be pursued against Marie Snyder and Echo Butler,” Gardner said, according to the television station. “Prior to their death, (they) lived in and were subjected to conditions beyond comprehension.”