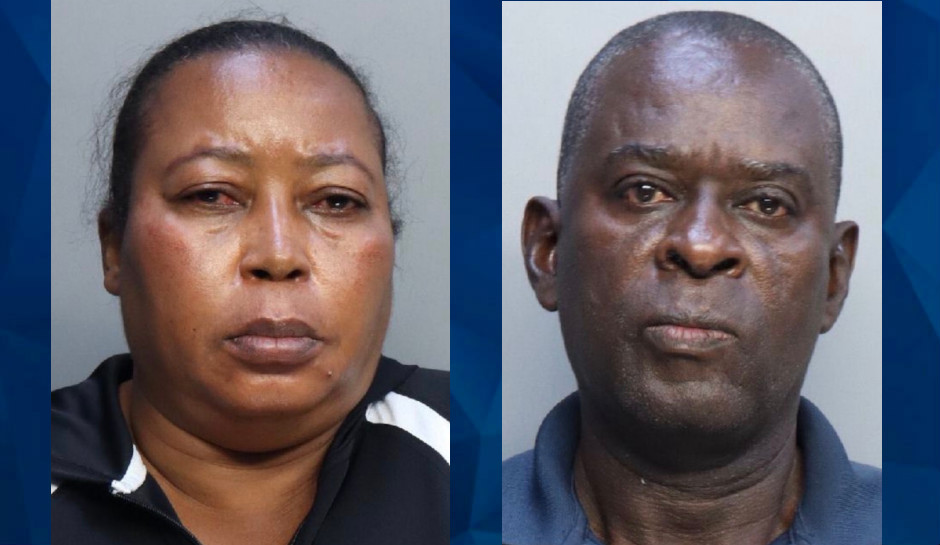 Florida Man, Woman Kidnap, Torture Another Man To Force Him To Admit to Infidelity

A South Florida man and woman stand accused of kidnapping and torturing a man for three days last month, including making him drink bleach and threatening to force him to eat his own feces.

Police said Marie Dorsainvil, 51, and Occius Dorsainvil, 56, lured the victim to an apartment, where they bound him in chains, demanded $50,000 and his car title, and tried to make him admit to an infidelity.

The ordeal began one day in December, police said, when Marie Dorsainvil reportedly asked the victim for a ride to her apartment, WTVJ reported. When they arrived, she asked him to come up to her apartment, but he declined noting that both of them were married to other people.

Dorsainvil allegedly told the victim her husband was in Haiti, and he agreed to go to the aparment. But almost as soon as he sat on the couch, another man — Occius Dorsainvil — arrived with a gun and tied the victim’s arms and legs.

The pair forced the man to rehearse and record a statement admitting to cheating and told him that if he went to the bathroom, they’d force him to eat it. If he refused, they said, they’d shoot him.

On the second day, police said the suspects chained the victim’s hands and legs and offered him food, which he refused, fearing he would have to use the toilet. The Dorsainvils also demanded $50,000 in cash and the title to his car.

On the final day, the suspects forced the victim to shower — at gunpoint — and then drove away with him in his car, apparently to let him go. But first they made him drink a mixture of bleach and Haitian rum, which made him pass out. He woke up alone 30 minutes later and ran for help.

Since the victim knew the suspects, detectives tracked them down and arrested them. They face multiple charges, including kidnapping, attempted murder, armed robbery, and extortion. The relationship between the suspects is not clear. WPLG reported that the suspects confessed to the crimes.