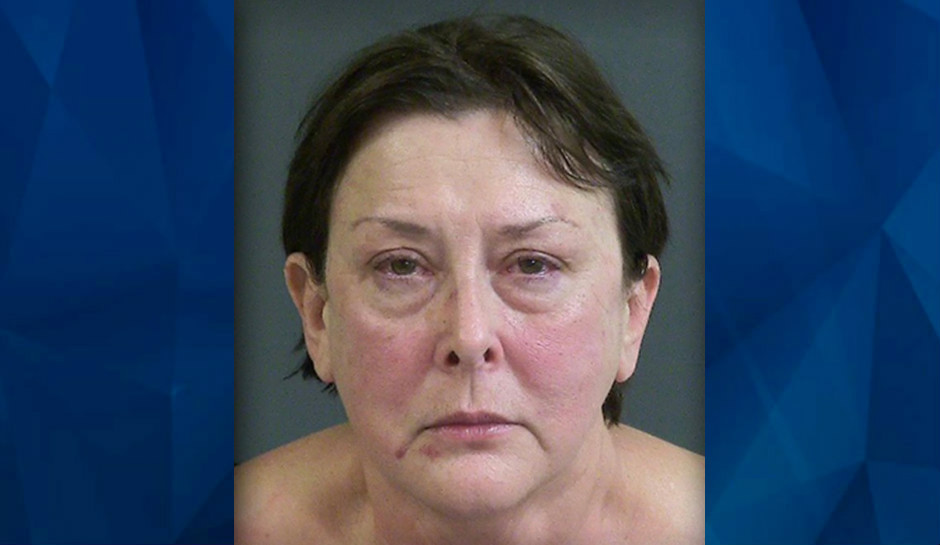 A South Carolina woman was arrested last week when she reportedly grabbed a deputy’s taser and bit a paramedic’s groin.

But those incidents came after Gina Darlene McGehee, 63, dropped her nephew — apparently a minor — off at the Charleston County jail on December 28, saying he’d taken a cell phone from her car several months ago and then used it to search for inappropriate material, according to WCSC.

Charleston County deputies said they made multiple attempts to convince her to come back to the jail to resolve the issue with her nephew, for whom she served as the legal guardian.

“I’m not going back there,” McGehee told deputies who called her, according to court documents. “He’s your problem now.”

Deputies told her if she didn’t come in voluntarily, they’d have to arrest her. ”Well, then send a cop to come take me to jail because I’m not going back,” she reportedly said.

At that point, deputies obtained a warrant for McGehee’s arrest, but she did return to the jail, where deputies tried to place her under arrest. The court papers say she resisted arrest, then grabbed a taser from deputy’s holster, saying, “I don’t know what I’m grabbing, but I”m going to use it.”

The deputy knocked the taser out of her hand and succeeded in getting her into a patrol car, where she continued to resist and then held her breath in an attempt to make herself pass out. Deputies called emergency medical technicians to the scene, who placed her on a stretcher.

According to the incident report, medics woke McGehee and she promptly leaned over and bit one of them in the groin, after which she was taken to a hospital for evaluation and then to jail.

McGehee was charged with unlawful conduct toward a child, third degree assault and battery, assaulting a police officer while resisting arrest, and threatening the life, person, or family of a public official, according to jail records. She was released on December 29 after posting a $21,087 bond and is due in magistrate’s court on February 17 on the assault and battery charge and in general sessions court on February 18 on the other three charges.