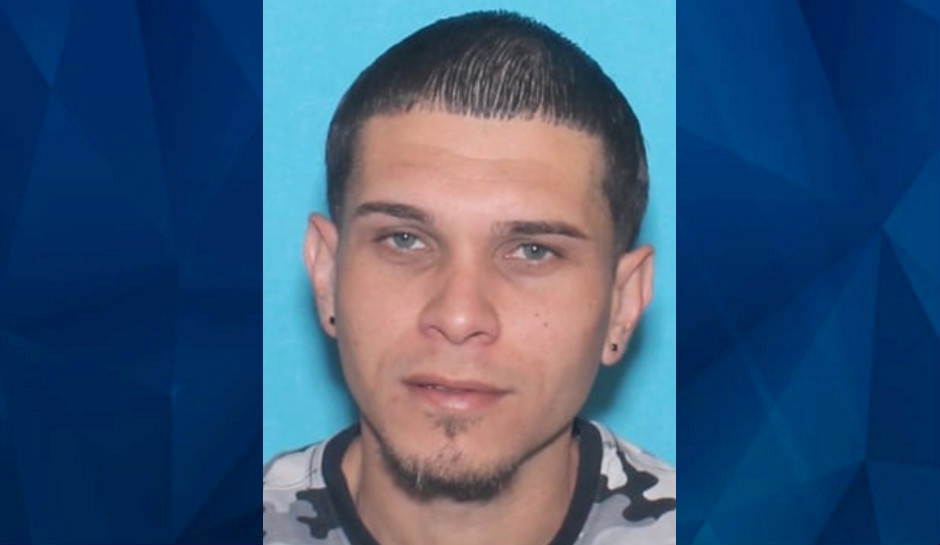 Police in a northern Philadelphia suburb are looking for a man they say came into his ex-girlfriend’s apartment on Monday and shot her to death while her three young children were inside.

Keishla Arroyo-Rodriguez’s 7-year-old daughter told investigators she saw 32-year-old Elvyn Almodovar Rodriguez enter the apartment and go into the bathroom, where her mother was showering, according to the Montgomery County District Attorney’s Office. She said she heard several bangs before “Elvyn” came out of the bathroom, grabbed a set of car keys, and left the apartment. The little girl peered under the bathroom door and saw her mother on the floor, then called her father, who came to the apartment and forced open the door.

The father called 911 after finding Arroyo-Rodriguez unresponsive on the floor. An autopsy determined she died of a gunshot wound to the head.

The 7-year-old’s two siblings, ages 3 and 5, were also in the apartment at the time.

Montgomery County authorities issued an arrest warrant for Rodriguez on Friday, charging him with first-, second-, and third-degree murder, burglarly, theft by unlawful taking, endangering the welfare of children, and other related charges. Police said he is believed to driving the victim’s car, a silver Toyota Camry with Pennsylvania license plate LGV-4683.

Investigators said the 7-year-old’s father told them that Arroyo-Rodriguez had said Rodriguez punched her in the face before Christmas, shortly before she ended their relationship and he moved out of the apartment. The father also told detectives that Rodriguez had both texted and called him “to ask whether he had seen Arroyo-Rodriguez with any other men since their breakup,” police said.

Anyone with information is asked to contact the Norristown Police Department at 610-270-0977 or the Montgomery County Detectives’ Tip Line at 610-278-DOIT (3638). Anonymous text tips can be submitted using MontcoCrimeTips on the STOPit! app.

Police described Rodriguez as 5 feet 3 inches tall and 175 and said he should be considered “armed and dangerous.” “If someone see him, don’t approach him and call 911,” they said.