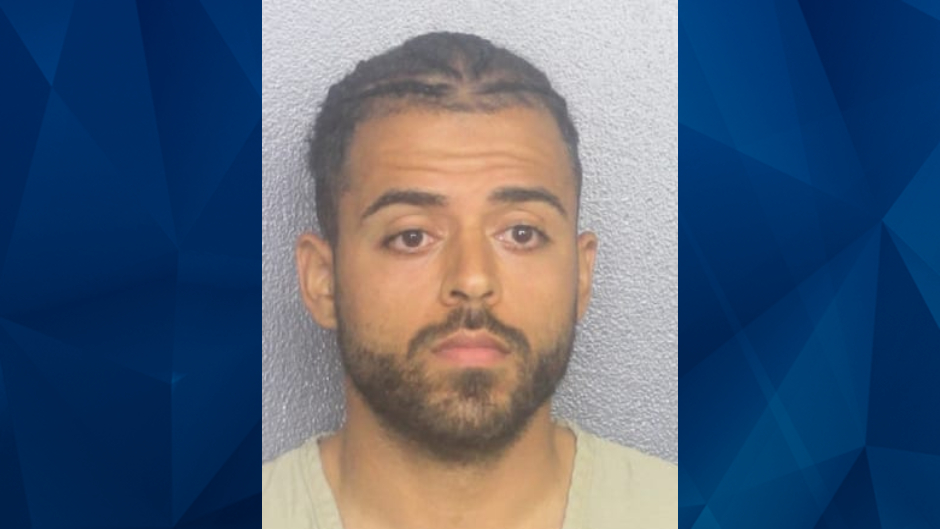 Teacher Was Sexually Abusing Underage Student When Cops Knocked on His Door: Police

A Florida teacher was arrested on Saturday amid allegations that he has been sexually abusing a 17-year-old student since December.

Charles W. Flanagan High School teacher Philip Velez, 28, reportedly told police officers who came to his Hollywood apartment on Saturday that he was with his girlfriend — a 17-year-old female student. Velez also admitted to having sex with the teen on multiple instances, according to WPLG.

Hollywood police wrote in their report that they were alerted to Velez on Saturday, after the victim’s father said his oldest daughter pointed out that the 17-year-old has been acting peculiar over the past few weeks. The family contacted authorities after a tracking device they had installed on the girl’s cellphone placed her at Velez’s apartment complex in Hollywood.

After cops responded to Velez’s apartment, the victim revealed that she and the teacher were having sex when they knocked on the door, according to WPLG.

Velez and the student reportedly met at a school-related fundraising event. The pair reportedly texted one another before meeting a few times off campus. The student also would visit Velez’s classroom, according to WSVN.

Police said the girl went to Velez’s apartment in late December, marking the beginning of their sexual relationship.

Velez claimed he and the victim spoke about how their relationship was immoral due to her age, WPLG reported.

Velez is a culinary arts teacher and basketball coach who has worked at Flanagan High School since 2019. He is charged with sexual battery by an adult on a victim between ages 12 and 18 and being an authority figure engaging in sexual conduct with a student.

The age of consent in Florida is 18. However, minors who are 16 and 17 can legally have sex with individuals younger than 23 years old. Under state law, it is illegal for teachers to have sex with students, regardless of age.

Velez’s attorney argued that the student would be 18 in two months.

“If your honor takes a look at the PC, you will see that the alleged victim in the case is 17 years old. She is less than 60 days away from being a consenting adult,” the defense attorney said, WSVN reported.

Broward County Court Judge Joseph Murphy retorted, “He was a teacher. He knew how old she was.”

Velez was released from jail on Monday after posting an $85,000 bond. He is barred from returning to the high school while free on bond.