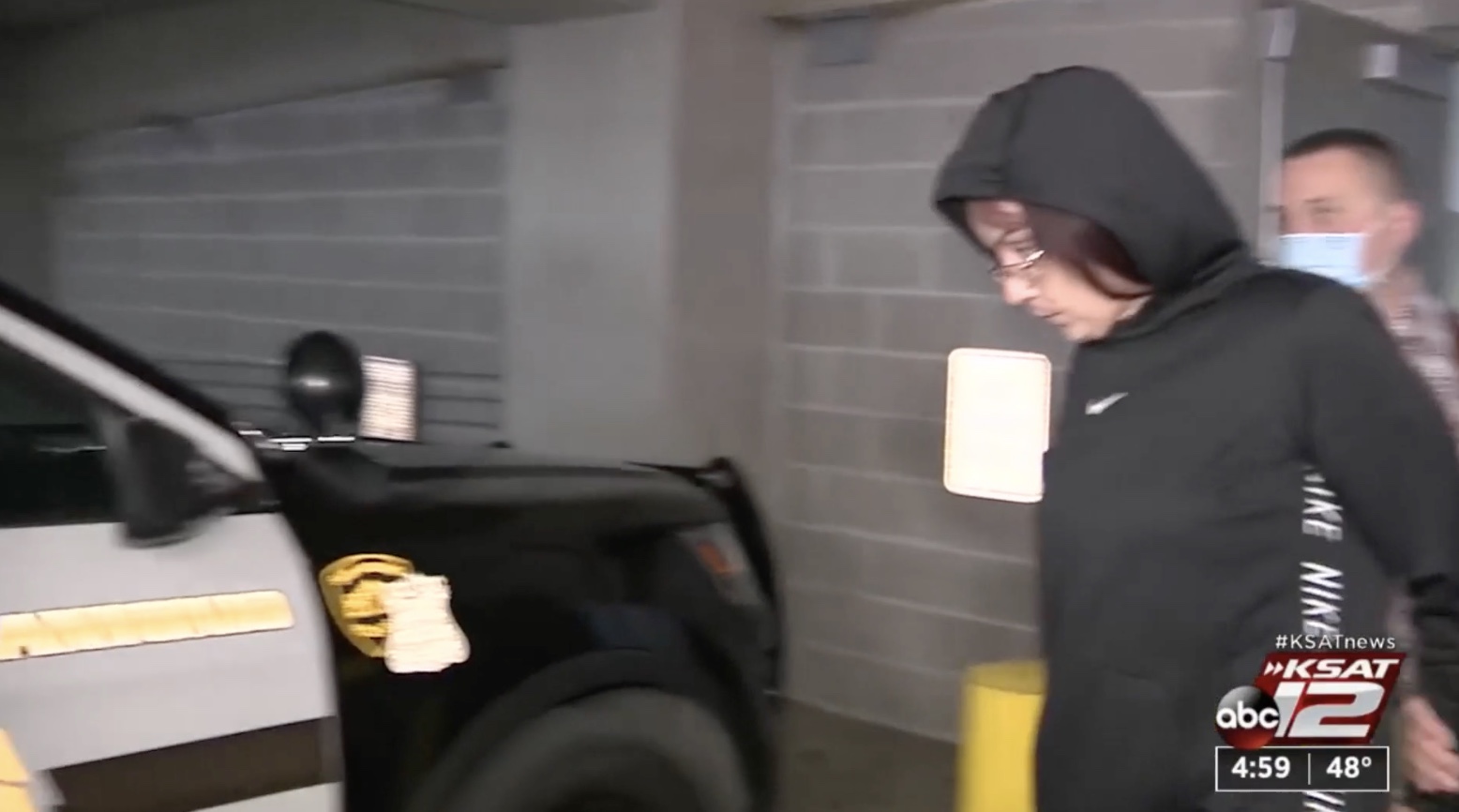 San Antonio police on Tuesday arrested a woman on two counts of child endangerment two days after finding a pair of toddlers alone and restrained in a locked bedroom.

Investigators said they were called to the home on Sunday afternoon by a woman who asked them for help checking on her grandchildren, KSAT reported.

Firefighters forced their way into the locked bedroom, the station said, where they found a boy and a girl. The 1-year-old girl was hogtied, court documents say, and had visible injuries, including a bloody lip and a black eye, and was soiled.

The 2-year-old boy was trapped in a playpen “that was completely covered” by a baby carrier and a changing table, documents say. His diaper was “heavily soiled.”

Priscilla Ann Salais, 37, was arrested on Tuesday. According to the arrest affidavit, she had temporary custody of the toddlers while their parents were under an abuse investigation by Child Protective Services. She is not biologically related to the children, KSAT reported.

“The charge of child endangerment carries and maximum sentence of two years, but what she did to those children is unforgivable,” San Antonio Police Chief William McManus said, according to the San Antonio Express. “Two years seems like nothing.”

Salais told reporters they needed to “get their facts straight” about the case as she we taken into custody on Tuesday, KSAT said.

The children were handed over to CPS.