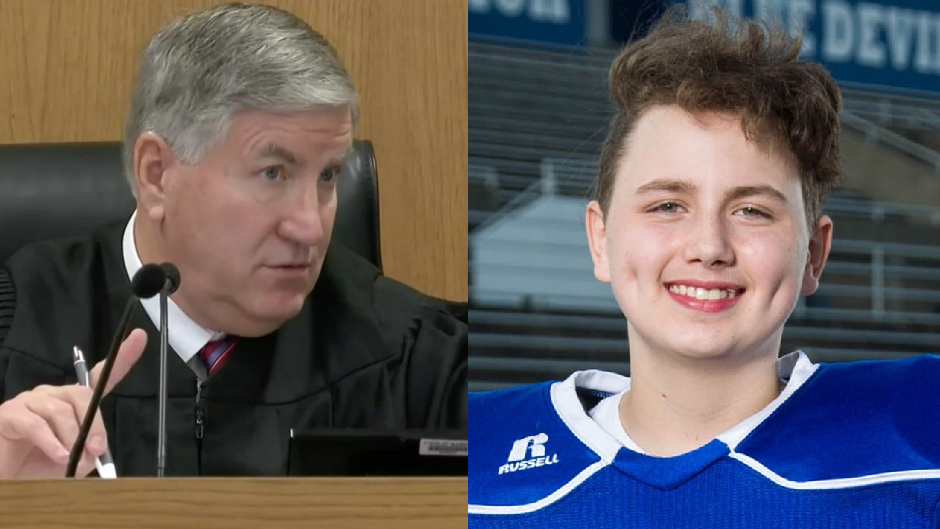 Earlier this month, an Illinois judge reversed an 18-year-old man’s sexual assault conviction — finding that the 148 days he spent in jail was “plenty of punishment.”

Drew Clinton had turned 18 two weeks before sexually assaulting Cameron Vaughan, 16, at a graduation party on May 30. Vaughan, who waived her anonymity, told WGEM that she woke up at a friend’s home with a pillow over her face and Clinton raping her.

Clinton has claimed the encounter was consensual.

“I asked him to stop multiple times and he wouldn’t. I finally got off the couch and pushed him off of me and he jumped up and just started playing video games as if nothing had happened,” she recalled.

Clinton had a bench trial in October, which resulted in Adams County Judge Robert Adrian convicting him of sexual assault. The charge carries a minimum sentence of four years in prison.

However, during Clinton’s sentencing hearing on January 3, Judge Adrian announced that the teen would not be sent to prison as he is changing his verdict to not guilty. The judge said that Clinton has already spent 148 days behind bars — which he asserted was “plenty of punishment,” according to WGEM.

The judge not only noted that Clinton had no prior criminal history, but he criticized the parents at the graduation party for allowing minors to drink alcohol and swim in the pool in their underwear.

The victim told WGEM. “I immediately had to leave the courtroom and go to the bathroom. I was crying.”

Speaking with the news outlet, the victim’s father stated that his daughter has gone from being a cross-country runner and honor roll student to a C-average student who plays no sports and does at-home learning. Meanwhile, the victim’s stepmother told the Herald-Whig that the teen has attempted suicide due to the sexual assault.

Judge Adrian has faced mounting backlash for not only reversing Clinton’s conviction but for the victim-blaming comments he made during his sentencing hearing.

On Wednesday, Judge Adrian reportedly ousted Adams County state’s attorney Josh Jones from the courtroom, claiming he could not be “fair” with the prosecutor after he “liked” a negative Facebook post about him. The Herald-Whig reported that Jones was in court at the time for a 2020 crash that killed four people.

“I can’t be fair with you. Get out,” the judge told Jones.

Judge Adrian and Clinton’s attorneys have not yet publicly commented on the controversy surrounding the teen’s rape case.