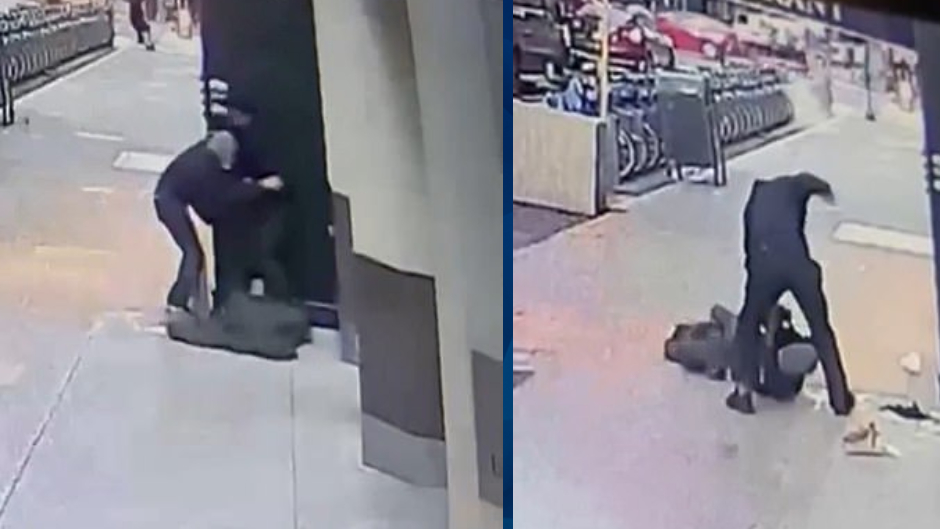 On Wednesday, a homeless man in New York allegedly attacked and robbed a Good Samaritan who gave him a coat moments earlier.

According to the New York Post, Xavier Israel, 25, was lying on a Manhattan sidewalk when the 59-year-old covered him with a jacket. Surveillance footage appears to show Israel getting up, pushing the victim, and taking the victim’s wallet from his back pants pocket.

The victim is seen trying to retrieve his wallet as a man believed to be Israel punches him in the face and pushes him back on the ground. Witnesses said they saw Israel stuff money into his pants before he fled the scene.

Sources told the New York Post that Israel was arrested shortly thereafter, and officers discovered $1,500 in his possession.

The victim reportedly refused medical attention. The Post reported that Israel is charged with assault, robbery, and grand larceny.

This is not the first time Israel has been accused of attacking people with seemingly good intentions toward him. WNBC reported that on January 8, Israel punched a woman in the face after she offered to help him.

According to the Post, Israel has also been linked to a January 2 attack in Central Park involving a man and woman, both 18. Israel allegedly punched the teens as they sat on a rock at the park.

Sources told the Post that Israel has been charged with assault for the Central Park incident.