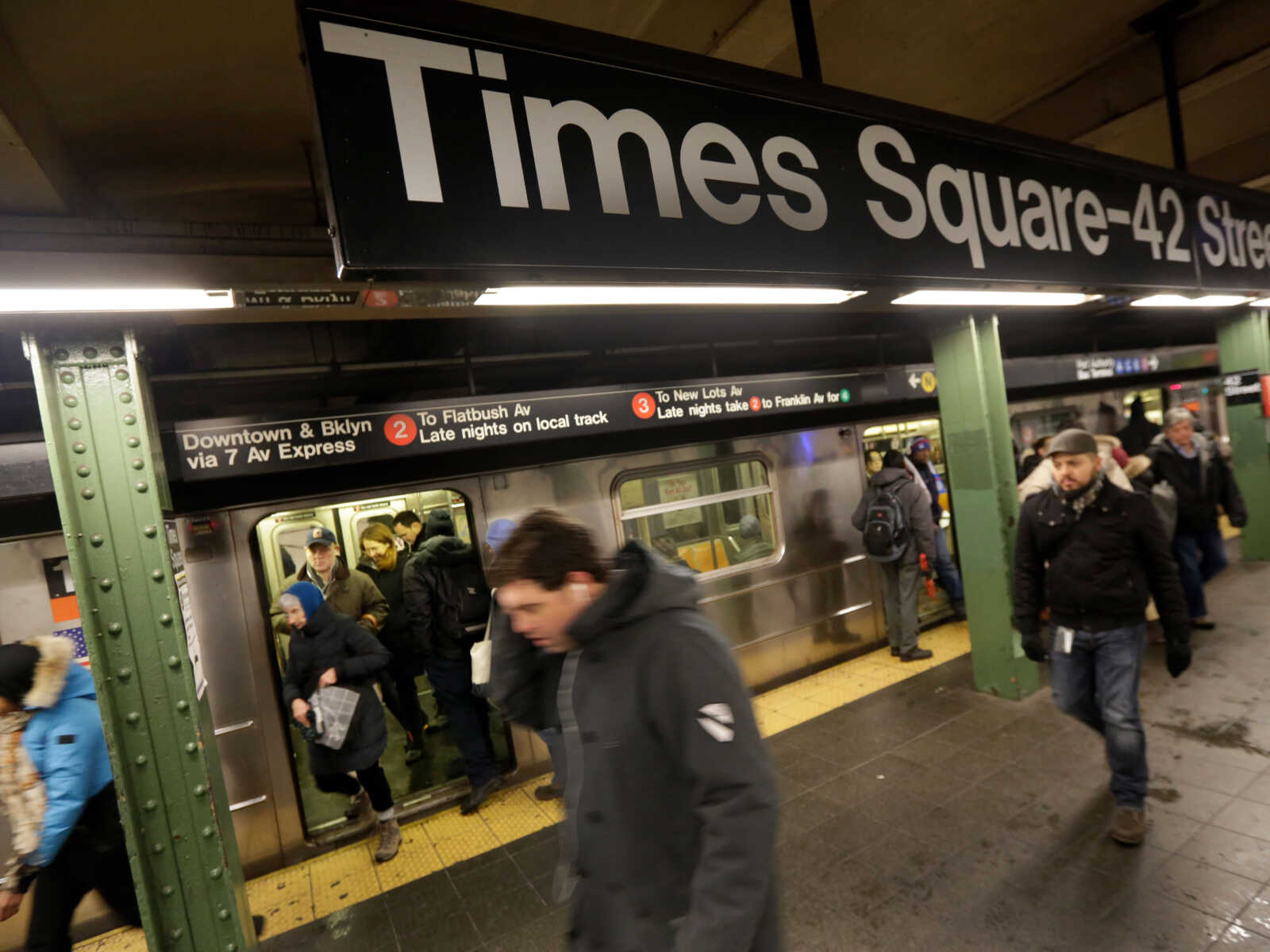 “Something needs to change because it’s getting worse”

A woman died in New York City on Saturday after a man allegedly pushed her in front of an oncoming subway train.

The incident happened around 9:40 a.m. at the Times Square station, when the man shoved the victim, an unidentified 40-year-old Asian woman, into a southbound R train. She died at the scene, according to WNBC-TV.

Sources told the New York Post that the victim had been with two other women at the time of the attack, which appeared random.

#BREAKING: @NYPDTransit says a woman was killed after being shoved onto the subway tracks and into the path of a southbound R train at Times Square this morning. pic.twitter.com/w1QBqMvUJq

Police later took a person of interest into custody. That person reportedly walked into a police precinct and confessed to the crime, sources told the Post.

Photographers took images of the man while police officers led him into the Midtown South precinct; he was Black, had a gray beard, and was wearing a black jacket. The man is reportedly homeless, according to WABC-TV, and he has four previous arrests, according to WNBC-TV.

There were 27 similar attacks through December 12 in 2021, which was up from 25 over the same time period in 2020, the Post reports, citing NYPD data.

Saturday’s incident was the second of its kind at the Times Square platform in just under two months. In November, a woman was pushed onto the tracks but was saved by fellow riders before a train came through.

Julia Avramenko, who rides the New York City subway system, said Saturday’s attack is the exact type of scenario that scares her.

“I’m afraid to stay on the corner because I know that sometimes some crazy people can push somebody,” Avramenko told WABC-TV.

Roxana Jones, 44, told the Post that she was at the Times Square station on Saturday.

Meanwhile, Ariana Shaghaghi, 24, told the newspaper that she is always very cautious while waiting for trains and makes sure to stand away from tracks.

“I just think something needs to change because it’s getting worse,” Shaghaghi told the Post.

New York City Mayor Eric Adams was spotted arriving at the precinct around noon. He did not speak with reporters.