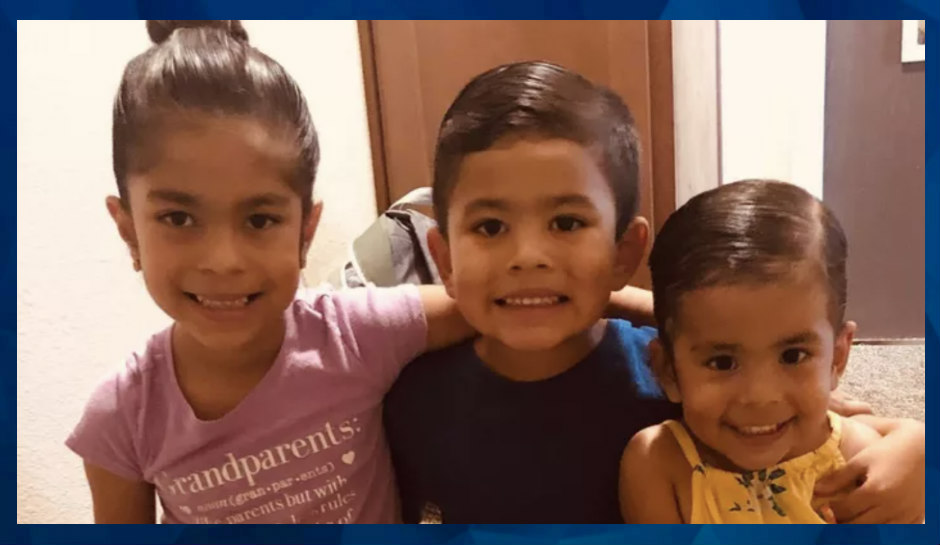 A mother is accused of murdering her three young children and attempting to take her own life in a small California farming community, KMPH-TV reports.

Ortiz’s husband, who is the father of the children, came upon the bodies at the family’s apartment on Wednesday. Law enforcement began receiving reports of a man yelling for help shortly after 2 p.m. Responding deputies found what they described as one of the most gruesome scenes in their careers, Merced County Sheriff’s Office Public Information Officer Daryl Allen said.

Medics brought the mother to the hospital and later booked her into the Merced County Jail on three counts of murder.

Authorities have not released how the children died or identified publicly any potential motive. The mother has been cooperative and has spoken with investigators, according to KFSN-TV.

The killings occurred in a rural area known as Le Grand, located in California’s Central Valley between Sacramento and Fresno.

Allen said at a news conference on Wednesday that the deaths have hit the community hard.

“Le Grand is a very small-knit community, I want to call it a family. I’m from this area and a small town with a population of 16,000 people, you know this is something that is going to be very, very hard for the community. Everybody knows everybody here,” Allen told reporters, according to KMPH-TV.

As news spread about the deaths, area residents came to the scene to pay their respects and contribute to a memorial made of flowers, candles and toys.

A family friend told KFSN-TV that the three children were loving souls. The eldest child, Anna, sang at church and was very kind. Matteo was often protective of his sisters and loved to play. Alexa regularly beamed with a joyful smile.

The two older children had been in class on Wednesday at Le Grand Union Elementary School, which is just a short distance from the apartment.

School district officials released a statement that said the deaths have traumatized the community. “It is heartbreaking to lose a student under any circumstance. We have grief counselors on campus to support students, staff, and parents as needed. Le Grand is a strong and resilient community, and we will work together to process this tragedy,” the statement reads, according to KFSN-TV.

A GoFundMe account entitled “Ortiz Angels” has been established to help pay for funeral expenses. As of Saturday morning, more than $37,000 was raised.

“Anna Daniela, Matteo and Alexa were happy, full of life and loved by all who knew them. Our only consolation is knowing that are at peace in the Lords presence.”

If you or someone you know is considering self-harm, call the National Suicide Prevention Hotline at 800-273-8255. To learn about the risk factors and warning signs of suicide, visit https://afsp.org/risk-factors-and-warning-signs.