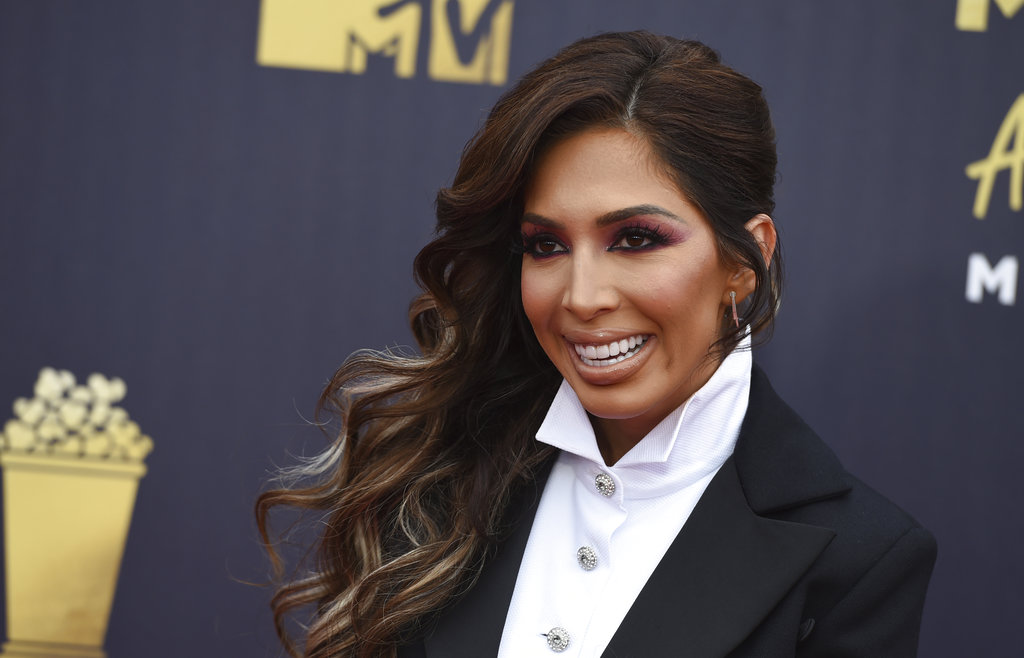 Farrah Abraham was arrested this weekend for allegedly slapping a security guard at a Hollywood nightclub, TMZ reports.

The 30-year-old Abraham, of “Teen Mom” fame, was booked into the Los Angeles County Jail early Sunday but was later released. Abraham was reportedly partying at Grandmaster Records with a friend on Saturday night when she began acting belligerently and was asked to leave. She allegedly refused and struck a security guard.

A witness told TMZ that someone who did not like Abraham may have provoked the incident by assaulting her and her friend, although that has not been confirmed.

A citizen’s arrest was reportedly made on Abraham before police arrived. TMZ published a photo of a man dressed in plain clothes holding her down on the sidewalk. The outlet also published a video of a man holding Abraham down while she was yelling. It was not always clear what she was saying in the recording.

After police arrived, Abraham told officers, “I don’t understand why there’s cuffs being put on me. I did not hit anyone on camera. I did not hit, I would never hit anyone,” according to the video.

As she was being led into a police cruiser, Abraham said, “Thank you for putting me in cuffs against the law. I love it,” according to the video.

Abraham is due in court on May 19, according to Page Six.

This is not the first run-in Abraham has had with the law. She pleaded guilty in November 2018 to misdemeanor resisting arrest after allegedly hitting an employee at the Beverly Hills Hotel, where has since been banned. She was sentenced to two years of probation and had to serve five days of community service.

On Sunday, Abraham issued a statement to TMZ.

“I’m tired of being maliciously battered, attacked, conspired against while having dinner at Grand Master Records, this was a private person’s arrest my lawyer is handling from here. It is terrifying and traumatizing that people attack me and I can not even enjoy dinner as I’m the only person out of 3 attacked and harassed when. I look forward to court as always, warning this place is a danger to public figures.”

Abraham reportedly alleges that the venue’s employees attacked her and that they filmed the incident and then leaked it to the press.

[Feature Photo: FILE – In this Saturday, June 16, 2018 file photo, Farrah Abraham arrives at the MTV Movie and TV Awards at the Barker Hangar in Santa Monica, Calif. Reality TV star Abraham has pleaded guilty to a misdemeanor stemming from a scuffle with security at the Beverly Hills Hotel. Abraham pleaded guilty in a Los Angeles court Friday, Nov. 2, 2018, to a charge of resisting police. (Photo by Jordan Strauss/Invision/AP, File)]