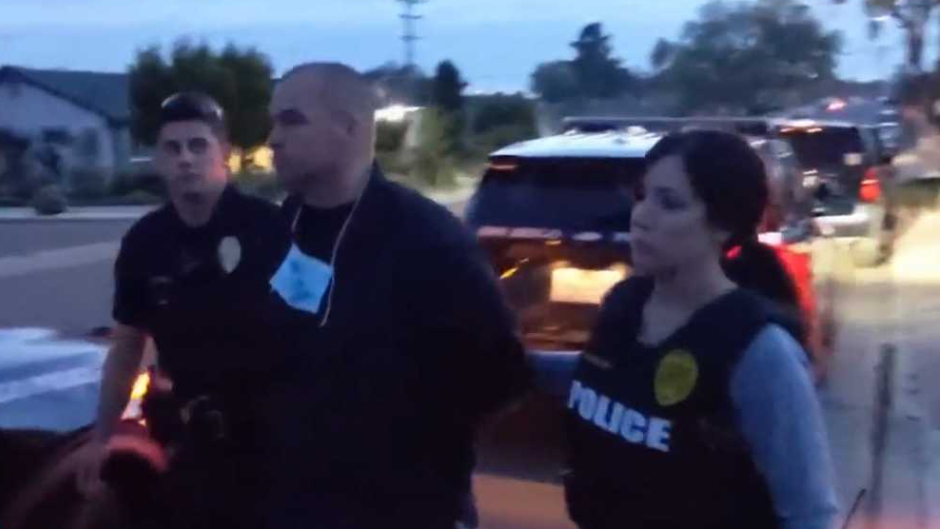 ‘I’ll Be Back’: Squatter Steals Elder’s Home While He’s Hospitalized for Carbon Monoxide Poisoning That Killed His Daughter

On Friday, California police arrested an alleged squatter for illegally living in an elderly man’s home as the elder remains hospitalized for carbon monoxide poisoning he suffered last month.

KNSD reported that Jeffrey Goddard, 41, had been living in the Clairemont house for more than a week. A handcuffed Goddard allegedly said, “It’s alright, I’ll be back,” as police officers took him to a patrol car.

The home was unoccupied at the time as the homeowner, John Marrs, 84, remains hospitalized for carbon monoxide poisoning. KUSI reported that police officers conducting a welfare check on December 20 discovered the man’s daughter, Lisa Marrs, 52, deceased at the Clairemont residence. John Marrs was found disorientated in the garage — which was filled with exhaust fumes from a running car.

Goddard told authorities that he heard of the incident on the news, presumably explaining how he knew the home was vacant. Neighbors said they saw Goddard changing the locks at the residence soon after, KNSD reported.

A neighbor told the news outlet that they confronted Goddard — who allegedly claimed he had squatter’s rights. At some point, the neighbors contacted the homeowner’s niece, who lives in Texas.

While illegally living in the elder’s home, Goddard paid property taxes on the home and put the utilities in his name, according to KNSD.

Goddard is charged with theft, burglary, battery, identity theft, and contracting without a license. He remains jailed on $500,000 bail.