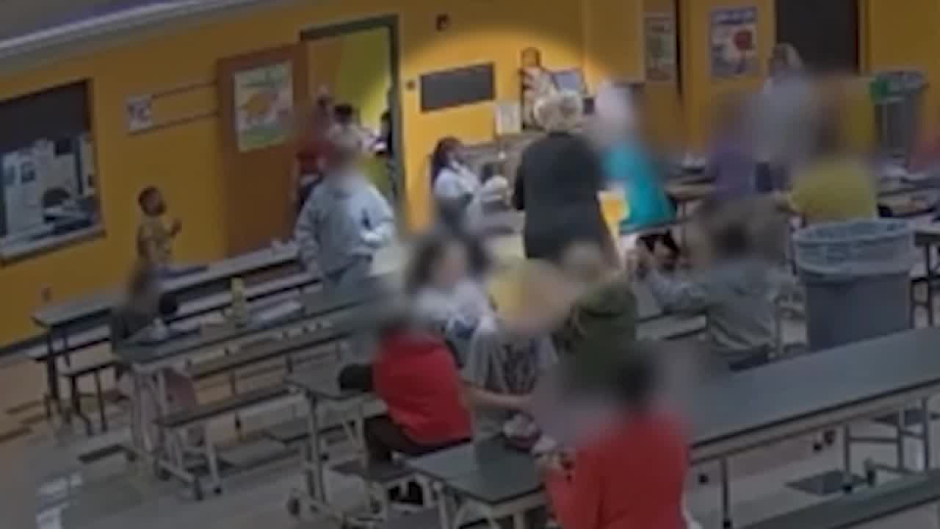 On Wednesday, Ohio officials released a video that apparently shows elementary school staff forcing a student to eat food she had thrown in the garbage.

WKYC obtained surveillance footage from December, which apparently shows Palm Elementary School principal Debra Pustulka and paraprofessional Monika Sommers-Fridenstine watching the student throw waffles in the trash during lunch. Sommers-Fridenstine allegedly then retrieved them from the trash and wiped them off before bringing them back to the girl’s table.

Sommers-Fridenstine then sits directly across the girl and forces her to eat the waffles while her classmates laugh at her, WKYC reported.

The student reportedly came home from school ill and told her mother what transpired during lunch. She was also hospitalized for a fever, according to WKYC.

A federal lawsuit asserted that the student’s rights were violated and she underwent mental health treatment in the weeks following the ordeal. The lawsuit seeks unspecified monetary damages, an admission of wrongdoing, and the implementation of a protocol to prevent incidents like these from happening in the future.

“It literally flipped my whole family upside down,” the student’s mother told WOIO in December. “She has changed at home. She doesn’t act the same. She doesn’t even want to go to school.”