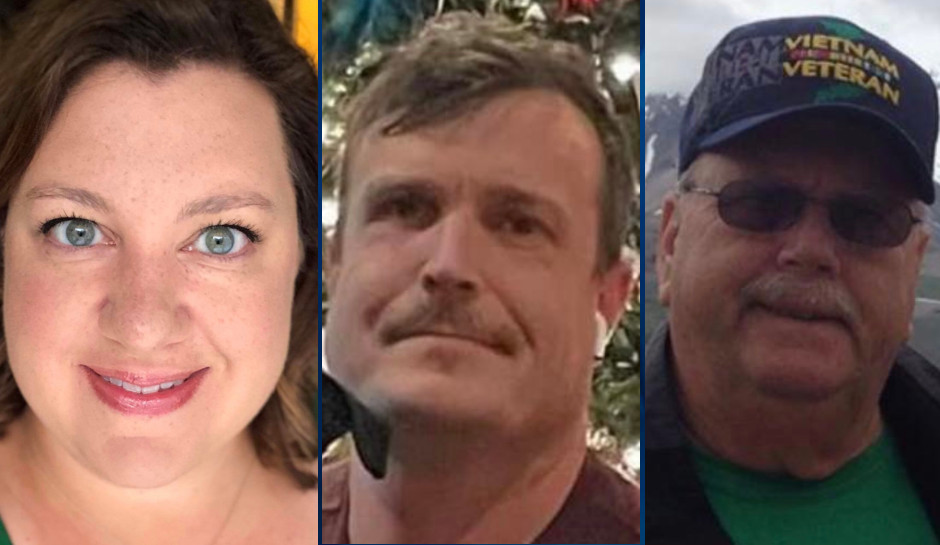 A 75-year-old Alabama man and his adult daughter were found dead in their home on Wednesday, and authorities say the woman’s boyfriend is a suspect in their deaths.

Chester “Chuck” Tarwater Jr’s 12-year-old grandson found him unresponsive at about 3:20 p.m. The boy grabbed his grandmother — who suffers from dementia — and went to a neighbors to call for help, AL.com reported.

Medics arrived and quickly called police, who found the body of Sharon Tarwater Whited, 40, in another part of the house. The grandmother was unharmed.

Authorities have not said how Tarwater and Whited died, but they put out alerts for Whited’s boyfriend, John Peyton Scott III, and cautioned that he was a suspect in a capital murder case and could be armed with a long gun and a hand gun, according to AL.com. The alerts also said that Scott, 41, is known to experience hallucinations and takes antipsychotic and antidepressant medications. He may also be injured, police said, based on evidence found at the scene.

Initial alerts said Scott may be driving Tarwater’s red 2020 Ford EcoSport with an Alabama disabled veteran license plate DV47860. Later, police said he could also be in a Dodge Charger with a female.

Whited, the mother of two daughters, had lived in the Helena home for about 15 years, officials said, and her parents moved in with her about 10 years ago. Her two daughters were with their father on Wednesday, but Whited has been helping raise her two nephews after the death of her brother. It was one of those boys who found his grandfather’s body.

The two boys were placed in the care of the Department of Human Resources, but family members said they were working to bring them home.

Investigators have not revealed a possible motive, but they said police have not been called to the home for any prior incidents and Alabama court records show no previous offenses for Scott.