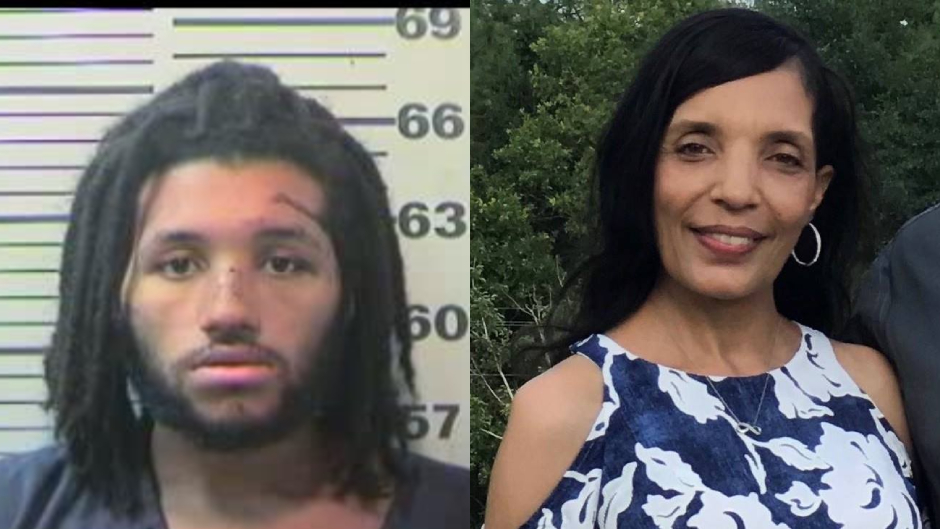 Bond was set on Friday for an Alabama man accused of carrying out Sunday’s sword attack that killed his mother and seriously injured his brother and uncle.

WALA reported that Damien Washam’s bond was set at $750,000 for the murder of his mother, Helen Washam, 61, who he killed with a samurai sword during a verbal altercation. The suspect’s 42-year-old autistic brother suffered wrist lacerations while his uncle, who is immobile due to cerebral palsy, was hospitalized in serious condition for lacerations to his face.

After the attack, Damien Washam allegedly led Mobile County police on a 20-minute chase which ended with his car being stopped by strip spikes. WALA reported that a bloody sword was recovered from the vehicle.

The 23-year-old’s father, Hubert Washam, told Oxygen that he believes Sunday’s attack was influenced by his son’s recent obsession with Egyptian mythology and online conspiracy theories.

“He had started listening to some crazy group of people, like a cult or something,” Hubert Washam alleged. “It was just something he got into four weeks, six weeks ago. I don’t understand it.”

The father said Damien Washam had no known mental health issues, and his only arrest was for marijuana possession. However, he revealed to Oxygen that his son previously ordered “torture-type” brass knuckles equipped with spikes, a knife, a poster of Osiris — the Egyptian god of the dead, and a statute of another Egyptian deity.

“I don’t understand it … He ordered that sword, another knife, other stuff that looked like he was planning to kill us all and burn the house down. I just wish I could ask him now what the heck was all this stuff for,” the suspect’s father said.

Damien Washam remains jailed. In addition to murder, he is also facing charges of attempted murder, second-degree assault, attempting to elude, and marijuana possession. WALA reported that he is due back in court next week.