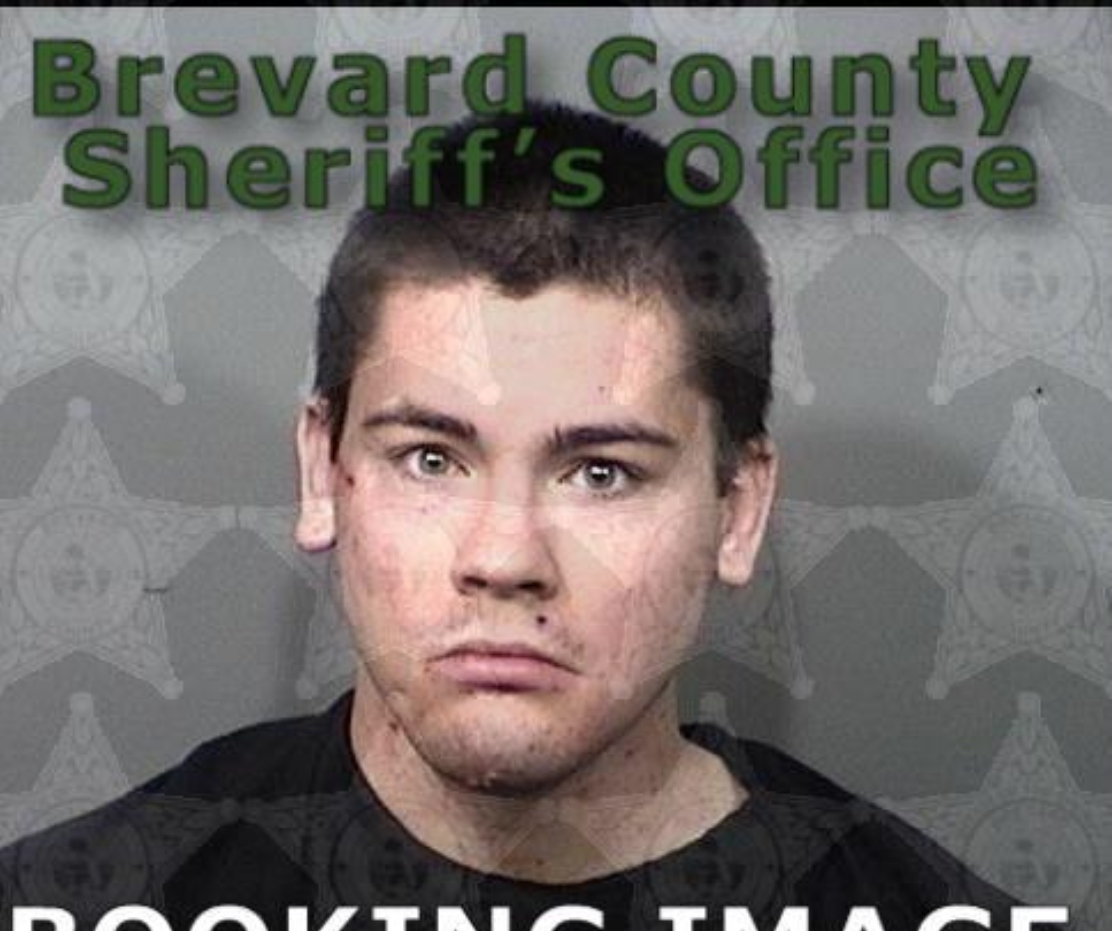 A teen in Florida is accused of attacking a neighborhood jogger with the intention of keeping the man’s body so he could “play with the victim to fulfill his sexual fantasies,” WOFL-TV reports.

The unnerving allegations are detailed in an arrest report obtained by WOFL-TV, which alleges that 18-year-old Logan Smith spied on the victim for six weeks before attempting to strangle the jogger on Monday in a Port St. John neighborhood.

However, the male victim was able to fight back and overpowered him until police arrived, according to the Orlando Sentinel.

Investigators say Smith was inspired to commit the crime after watching the movie “Scream,” WOFL-TV reports. Smith reportedly told police that he monitored the jogger’s running routine and route, which would go past Smith’s home.

As part of the plot, Smith had a belt, rubber ballet and can of deodorant spray ready for when the jogger would pass by the property. Smith had placed the materials in between two vehicles in the driveway.

The teen told police the plan was to attack the victim by striking him with the mallet and spraying the deodorant in his eyes. He then intended to strangle the man and use a bedsheet to drag him inside the house across the street.

On Monday evening, Smith allegdly hid behind a light pole and went through with the attack when the jogger passed by, but it didn’t go as planned. Smith “tossed the clothing robe belt over the victim’s head until it was around the front area of the victim’s neck,” the arrest report reads, according to the television station. But the victim, who is trained in martial arts, fought back, detained Smith and called police.

“I’ve got him detained on the ground right now. I need the cops here immediately,” the victim told a dispatcher, according to audio of the 911 call obtained by the Orlando Sentinel.

“You made a dumb decision today,” the victim told Smith during the call, according to the newspaper.

The victim told the dispatcher that he was holding Smith down by gripping his throat and hands.

Investigators say the victim did not know Smith and had never met him, spoken with him or seen him previously. Indeed, during the 911 call, the dispatcher asked the victim if he knew his attacker.

“Absolutely not,” the victim said, according to WKMG-TV.

An unnamed family friend told WOFL-TV that Smith has two mental disorders that were diagnosed at a young age.

The boyfriend of Smith’s mother also told WOFL-TV that Smith has struggled since his father died in a vehicle accident five years ago. The boyfriend described the teen as a loner.

“He wouldn’t have been the kid you invited to the cool parties. He wouldn’t be the kid that had the cool shoes,” the boyfriend told WOFL-TV.

“We just thought it was odd that he wanted to go out to the movies by himself. A person like Logan is more of a loner. They don’t like to go out of their comfort zone.”

Smith’s family intends to hire an attorney so he can get mental health treatment, according to the television station.

“We are all at a loss for this. It is hard to wrap your mind around the thoughts that were going through his head and what he wanted to do,” the boyfriend told the television station.

Smith has been charged with attempted murder and is being held in the Brevard County Jail without bond.