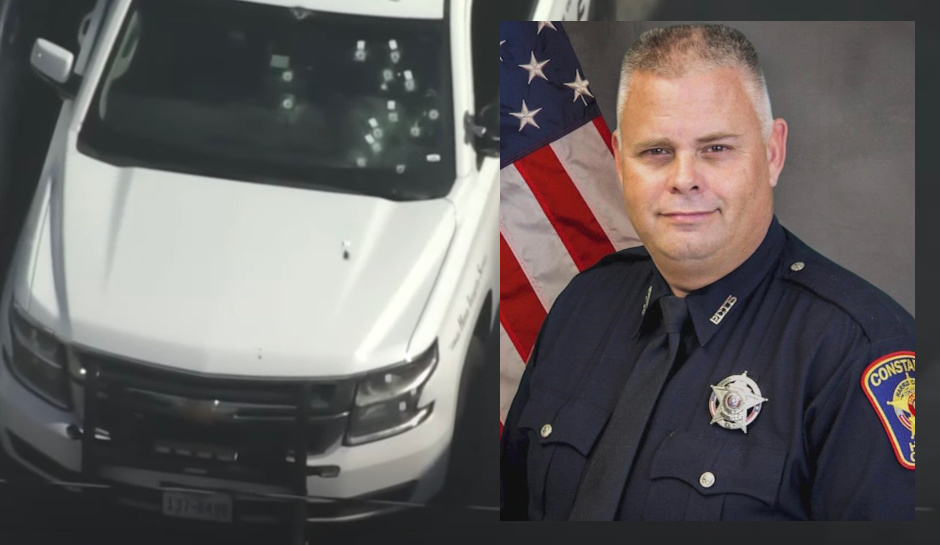 A Texas deputy was shot and killed early Sunday morning during a traffic stop in southwest Houston.

According to KHOU, Corporal Charles Galloway pulled over a white, 4-door Toyota Avalon shortly before 1 a.m. The driver got out of the car and fired multiple shots at Galloway’s vehicle before jumping back in and driving away.

Houston Police Chief Troy Finner, whose department is handling the investigation, told reporters that investigators believe an assault-style weapon was used. Harris County Precinct 5 Constable Ted Heap said that it appeared Galloway had no time to respond or defend himself.

“Message to the suspect, the best thing you can do is turn yourself in peacefully,” Finner said.

Video from the scene showed the driver’s side windshield of Galloways’ patrol vehicle riddled with bullet holes.

Officials said Galloway, 47, had been with the department for nearly 13 years and recently moved to the night shift so he could be a field training officer.

“There is a lot of very broken up officers who he meant a lot in their lives because he was the one sitting in the front seat with him,” Heap said. “He was the one teaching them what to do and how to get home safely to their families and here we are this evening with the roles reversed.”

Galloway is survived by a daughter and a sister.