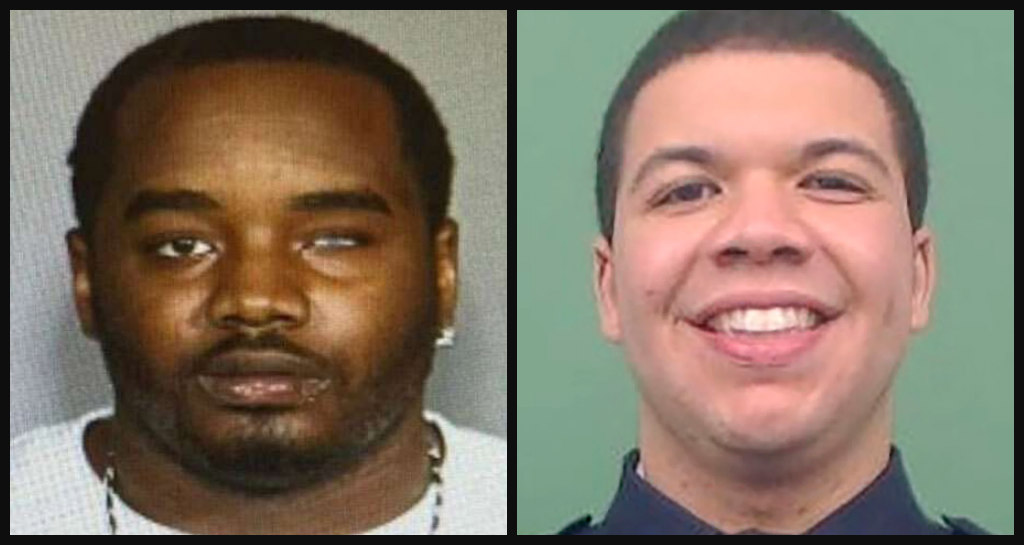 The man who allegedly committed Saturday’s shooting in New York that killed one police officer and left another clinging to life reportedly died from his injuries on Monday.

Sources told the New York Post that Lashawn McNeil (pictured left), 47, was left brain dead after being shot in the head and arm by a third NYPD officer in Harlem. Officers were met with gunfire after being called to McNeil’s brother’s apartment in Harlem for a domestic dispute.

McNeil was accused of fatally shooting NYPD officer Jason Rivera (pictured right), 22, and critically wounding officer Wilbert Mora, 27, with a Glock .45 handgun which was illegally modified with a high-capacity magazine.

Before his death, McNeil’s mother told the Post that she regretted calling 911 on Friday. She also claimed her son is mentally ill.

Sources claimed McNeil lived in Baltimore, Maryland, but had returned to New York to care for his brother, who has a brain tumor.

At the time of Friday’s shooting, McNeil was on probation for a 2003 drug conviction. The Post reported that he had prior arrests for gun possession and assaulting a police officer.

Police said the gun used in Friday’s shooting was stolen in Baltimore in 2017.

WCBS reported that officer Mora remains hospitalized in grave condition as of Monday.