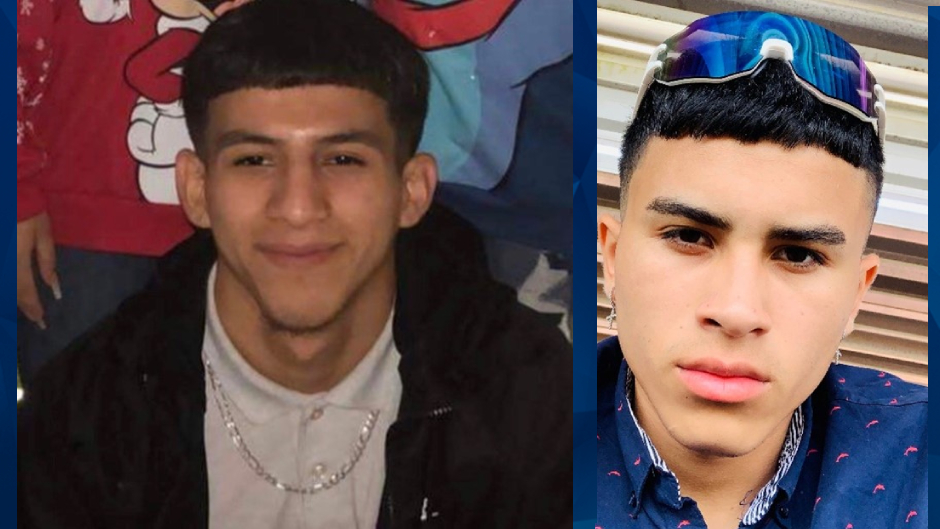 The girl allegedly accused her father of molesting her, sparking the fatal altercation

Two Texas brothers and a friend were arrested for Thursday’s fatal beating of the brothers’ stepfather, who was accused of sexually assaulting their 9-year-old sister.

According to KRGV, Pharr police said a rancher discovered Gabriel Quintanilla, 42, deceased in an open field in McAllen with blunt force trauma to the head. Quintanilla is believed to have been fatally attacked in Pharr after his 9-year-old daughter accused him of inappropriately touching her at an RV park.

Police said the girl’s brothers, Christian and Alexandro Trevino, 17 and 18, (pictured) learned of the accusations and confronted Quintanilla, leading to an altercation. Quintanilla reportedly then left the area on foot.

A second fight occurred when Christian Trevino allegedly chased Quintanilla and located him at a nearby apartment complex. At some point, Alexandro Trevino arrived in a car driven by Juan Melendez, 18. KVEO reported that the two other teens joined in on the attack before all three left the apartment complex.

The three teens allegedly drove back to the complex in a truck and spotted Quintanilla, who was walking alone and injured. Police said the trio attacked Quintanilla a third time, put him in the bed of the truck, and drove him to the open field where the rancher found him deceased.

Authorities believe Quintanilla was alive when he was dumped in the field, according to KVEO. Police believe brass knuckles were used during one of the three attacks, MyRGV reported.

Reports indicated that Melendez is a friend of the Trevino brothers and is not related to Quintanilla.

At the time of his death, Quintanilla was wanted on charges of continuous sexual assault of a child and assault family violence.

Alexandro Trevino is not charged with murder as police do not believe he dealt the fatal blow to Quintanilla, MyRGV reported.

Per the news outlet, Alexandro Trevino remains jailed on a $1 million bond while his younger brother and Melendez are being held on a $1.5 million bond.