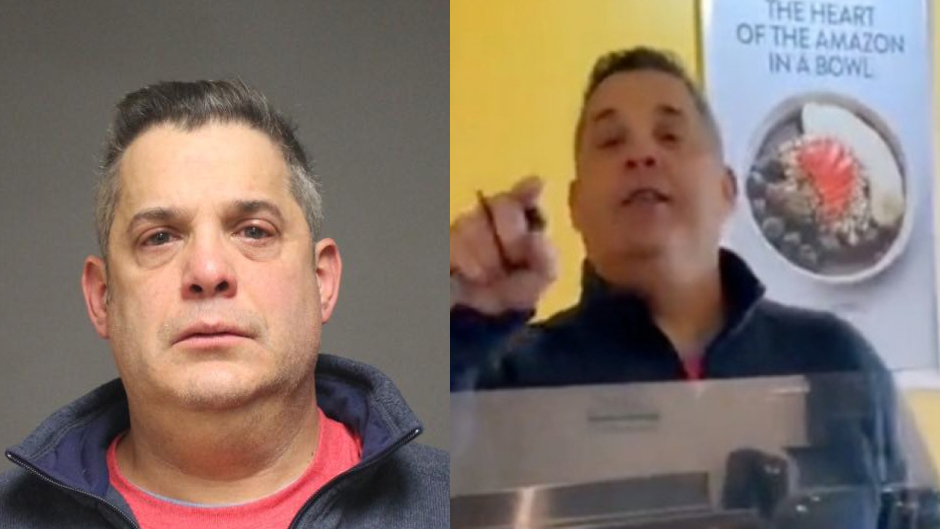 A Connecticut man was arrested on Saturday, after a video surfaced allegedly showing him hurl a smoothie at an employee during a racist, violent trade.

The Fairfield Police Department said in a Facebook post that James Iannazzo, 48, was charged following an incident at Robeks. After making a purchase without incident, Iannazzo reportedly returned to the business to confront the employees for making the drink with peanuts, causing his son’s allergic reaction.

Roughly 30 minutes after Iannazzo ordered the smoothie, police said they responded to a 911 call for a boy suffering an allergic reaction. The boy was later transported to the hospital.

In a video posted to TikTok, Iannazzo is apparently seen confronting Robeks employees about who made the smoothie which contained peanuts. When he does not get an answer, Iannazzo starts screaming and throws the smoothie at one of the employees — leading them to tell him to leave.

“During the investigation, employees reported that Iannazzo never told them about the peanut allergy but had only requested that there be no peanut butter in his drink,” Fairfield police said on Facebook.

The employees are heard talking about calling the cops after Iannazzo refuses to leave. At some point, Iannazzo allegedly storms to the back of the store, presumably to force his way into an employee-only area.

Before fleeing, Iannazzo allegedly called one of the Robeks workers a “f**king immigrant loser” — leading to a second-degree hate crime charge.

Iannazzo was also charged with second-degree breach of peace and first-degree criminal trespass. He is due in court on February 7.

In addition to being criminally charged, Iannazzo was reportedly fired from Merrill Lynch, which is a subsidiary of Bank of America. A Bank of America spokesperson confirmed his termination to AdvisorHub.

The former financial adviser said in a statement to the outlet, “I was out of my mind with fear for him when I returned to Robek’s, and I wish I had not done so. I also wish they had been more careful preparing my son’s beverage.”