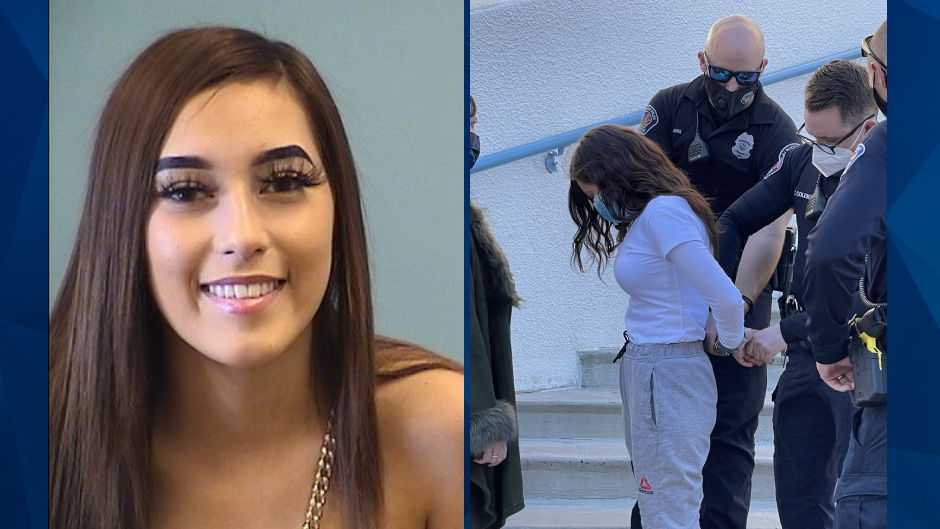 A New Mexico woman was arrested on Monday, nearly a year after her alleged involvement in a ransom plot that resulted in the murder of the captive’s brother, an ex-corrections officer.

Anna Bella Dukes, 18, reportedly connected with Nicholas Otero on Snapchat and lured him to Alvarado Park in Albuquerque — where three armed men, including her boyfriend, Adrian Avila, 17, robbed him. The suspects then took Otero to his brother’s home and ordered him to call his brother and tell him to bring money and a gun or he would be killed, according to KOB.

When the hostage’s brother, Elias Otero, 24, emerged from the home and threatened to shoot the suspects, Avila allegedly fatally shot him in the street. KOAT reported that his brother managed to escape.

Citing a criminal complaint, the Albuquerque Journal reported that Dukes and the suspects used similar tactics to commit a carjacking prior to the February 11 slaying.

Avila was arrested late last month in connection with Elias Otero’s death. He is charged with murder, kidnapping, armed robbery, tampering with evidence, and conspiracy. Duke is facing the same charges.

For the latest true crime and justice news, subscribe to the ‘Crime Stories with Nancy Grace’ podcast. Listen below: