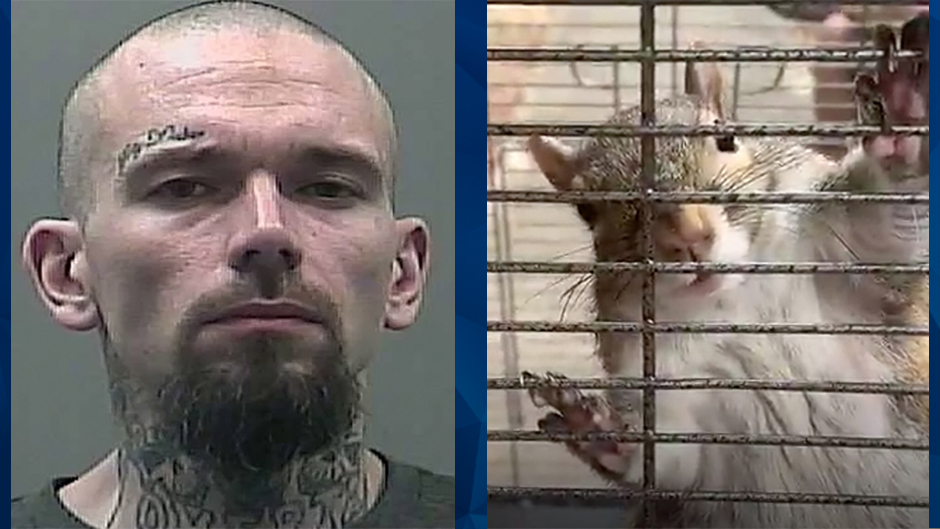 An Alabama man who was arrested in 2019 for allegedly giving his pet squirrel methamphetamine to make it more aggressive had his trial delayed on Monday as he faces new charges.

According to WAFF, Mickey Paulk’s trial was continued until late February because his attorney was not in court. At the time of his June 2019 arrest on gun and drug charges, cops reportedly found a squirrel, under influence of meth, trained to attack visitors.

At the time, Paulk, 38, was charged with possession of a wild animal. However, AL.com reported that he was arrested again on December 23, 2021, for chemical endangerment of a child, trafficking methamphetamine, and weapons offenses.

On social media, Paulk talked about having the squirrel since it was young, and how he trained it to respond to his whistle. Before his 2019 arrest, he posted a video to Facebook in which he denied claims that he gave his squirrel meth to keep it aggressive — leading the Alabama Game and Fish Division of the Department of Conservation to charge him for having a wild animal as a pet, WHNT reported.

The squirrel was eventually released into the wild, with Limestone County police noting, “There was no safe way to test the squirrel for meth.”

According to AL.com, Paulk released a video a day after the 2019 drug bust with a squirrel he claimed was the one cops had released. He went on to reiterate that he never gave his squirrel meth.

“The public isn’t in danger from the methed-out squirrel in the neighborhood,” Paulk said, according to NBC News. “He’s not on meth, I’m pretty sure. Better not find out he’s on meth anyway. I don’t think he likes that s**t.”