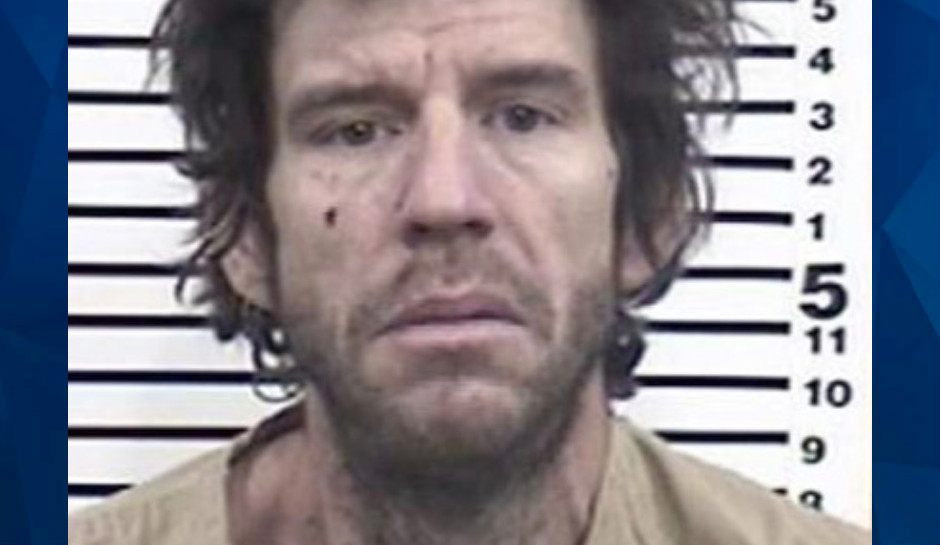 Idaho Falls police were called to the scene of a domestic disturbance Friday night, where they rescued a woman who had been held against her will for hours while the suspect beat, strangled, and even shot her.

The police department said a 911 caller reported receiving a text from a neighbor asking them to call police. The caller did not know specifics of what was going on at the house but said the woman who texted and her domestic partner had been fighting for days.

Shortly after arriving just before 7 p.m., officers reported hearing several gunshots from inside the house.

Idaho Falls officers and an Idaho State Trooper contacted the woman at the backdoor of the home and escorted her to safety. She had suffered several injuries — including gunshot wounds to the foot and leg — and was transported to a nearby hospital by ambulance.

Before she was transported, she told the officers that the man, identified as 42-year-old Christopher Kerins, was alone and heavily armed. After alerting neighbors to shelter in place, an officer got Kerins on the phone and eventually persuaded him to surrender. He was met by officers at the front door at about 7:45 p.m. He was handcuffed and taken into custody.

Police said Kerins was wearing a military-style vest containing multiple magazines of ammunition and was carrying a loaded semi-automatic pistol.

Investigators said Kerins attacked the victim multiple times over several hours and barred her from leaving the house. She told investigators that Kerins punched her in the face and chest, strangled her, and “committed other acts of violence against the victim.” He also took away her phone and allegedly made statements that led to her believe he intended to kill her.

A search warrant executed on the home found multiple gunshot holes throughout the house and other evidence corroborating the victim’s statements. Officers also found and seized several firearms, including a shotgun, a .22 long rifle, and AR-15, and a SKS rifle.

Kerins has been charged with assault with intent to commit murder, two counts of aggravated battery with a dead weapon, unlawful discharge of a weapon, two counts of aggravated assault with a deadly weapon, domestic battery with traumatic injury, strangulation, false imprisonment, sexual battery, robbery, and destruction of a telecommunication line.

The police department did not reveal the victim’s condition.