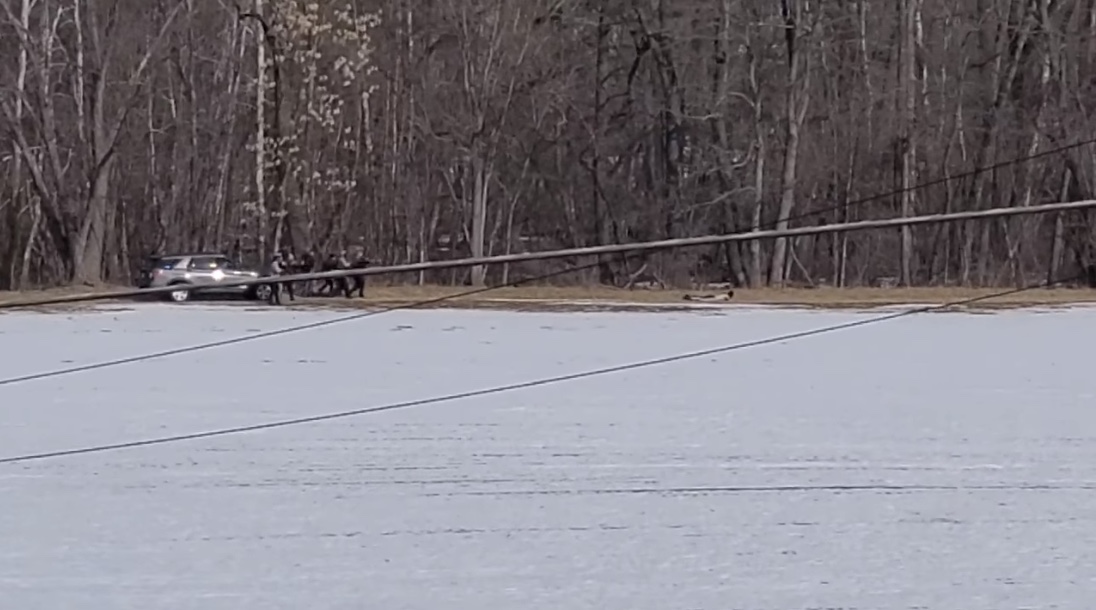 Virginia State Police said that college employees spotted a man “where he shouldn’t have been” shortly before 1:30 p.m. and called campus security. Police Officer John Painter and Safety Officer J.J. Jefferson responded to the grounds of Memorial Hall, where they encountered the suspect.

“After a brief interaction, the subject opened fire and shot both officers,” state police spokeswoman Corinne Geller said. He fled the scene on foot.

Several 911 calls reported the shots fired, and multiple agencies responded to campus. In short time, investigators spotted a man who matched the suspect’s description off campus. The suspect waded into the North River and crossed to an island, followed by law enforcement officers, who took him into custody without incident.

He was identified as 27-year-old Alexander Wyatt Campbell, Geller said. He was found with a non-life-threatening gunshot wound and was taken to a hospital, where he was treated and released.

Campbell has been charged with two counts of capital murder, one count of first degree murder, and one count of using a firearm in the commission of a felony. He’s being held without bond.

Geller said that the investigation uncovered “multiple firearms associated with Campbell” on campus, but provided no further information. Investigators are working to determine if Campbell was shot by Painter — Jefferson, as safety officer, was not issued a firearm — or if it was self-inflicted, she said.

Earlier in the day, college president David Bushman sent a statement noting that it was  “sad and dark day for Bridgewater College.”

“One thing I do know though, is that we will rally around one another and support each other as we move forward from this day,” he said.

Painter and Jefferson were “close friends, known to many of us as the ‘dynamic duo,” Bushman said, according to the Staunton News Leader reported.

“John was J.J.’s best man in his wedding this year,” he said. “They were beloved by students, faculty and staff. I hurt for their families and loved ones, as I know we all do.”

Geller said the investigation was ongoing, assisted by the FBI and the ATF, and that more information would be released later.