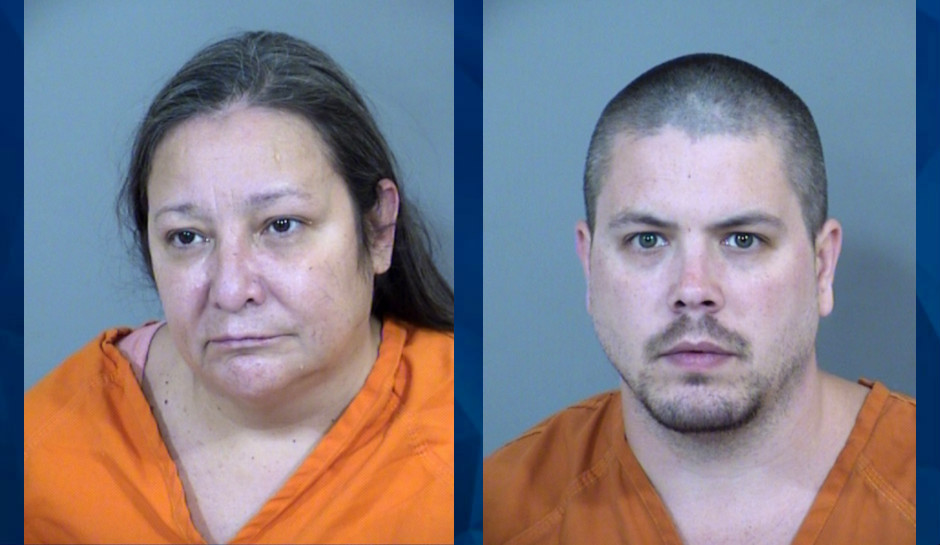 Young Chaskah Davis Smith was found unresponsive in the bathtub. His 9-year-old half-brother was also found with serious injuries.

An Arizona couple has been charged with murder and abuse after the woman’s grandson died at a hotel where the family had been living for years.

Officers on the scene also saw a 9-year-old boy — another grandson of Davis — with an injury to his face and bruising around his eyes.

“The nature and circumstances of the events are frankly horrific, involving allegations of torture of children over a prolonged period of time,” a Maricopa County Attorney’s Office attorney said during Davis’s initial court appearance Tuesday. “This defendant poses a danger to the community.”

Investigators say Davis was physically, verbally, and emotionally abusive to her two grandsons, who are half-brothers. She gained custody of the boys in 2015, police say, and they had been living in the Scottdale Extended Stay America hotel since 2019.

Court documents say the boys’ mother is a homicide suspect on the run. The father of the boy who died is unknown, and the 9-year-old’s father is in prison out of state for child molestation.

Davis was not the only person arrested. Police said that Davis’s husband, 33-year-old Thomas James Desharnais, knew about the abuse and did not attempt to stop it — and was present on Sunday.

Davis told police that the 11-year-old boy had a history of self harm and “had been hurting himself all day.” She said that the boy hit himself in the head with a wrench as the family watched a movie, then went to the bathroom and cut his genitals. She said she hid the wrench and washed the knife, but neither she nor Desharnais sought medical help for the boy.

Instead, she later ran a bath for the boy and left him alone. When she returned, he was unresponsive. She said she drained the tub and started CPR.

Desharnais, however, told an entirely different story. According to the court documents, he told investigators that Davis frequently abused both boys and that the abuse had been getting worse. He said she hit the 11-year-old in the head with a ratchet on the day before he died and that she had done it several times before. He said his wife often refused the boy food and water and forced him to sleep in the bathtub. He said she bent both boys’ fingers with needle-nose pliers and hit them with a wooden broom.

He also said that Davis often told the boys there were a “worthless piece of crap,” “lower than dirt,” or “a dog.”

At an initial court appearance on Tuesday, Davis insisted that the evidence against her was “literally just circumstantial” and that “those kids were always taken care of.”

She also said she’d spoken to her husband before the hearing and that “he explained to me that he felt like he was being coerced,”

“They were making him say things that he didn’t want to,” she said.

According to KPHO, there have have prior reports of possible abuse dating back to 2017, when Chaskah school reported the boy was injured. The boys were not enrolled in school after that. There were three investigations, but all three were closed for lack of evidence.

On Sunday, police said, both boys had cuts and bruises and other severe injuries “in various stages of healing and scarring.” The younger boy has been placed in the are of state authorities.

Davis and Desharnais have been charged with one count of first degree murder and two counts of child abuse. Davis was given a $3.5 million cash bond, while Desharnais’s was set at $1.5 million.