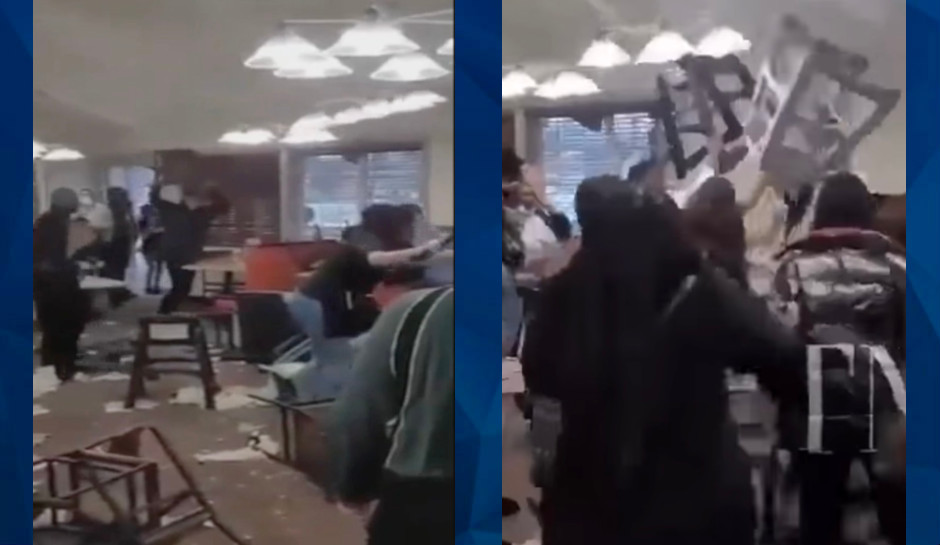 A customer says the wild melee that broke out in a Pennsylvania buffet steak house started because he got his steak before another customer, who had ordered first.

As many as 40 people may have been involved in the brawl at a Golden Corral in Bensalem that involved chairs and punches thrown.

The Golden Corral said that no serious injuries were reported, and local police are investigating.

Another customer captured a four minute video of the chaos and posted it to Facebook. The video shows shouting and screaming before the fight breaks out, then employees are seen trying to break up the fight. They finally manage to clear everyone out, and the dining room is left a wreck.

Alexis Rios, who was a customer at the time, told WPVI that the fight started when he got his rare steak before the customer in front of him, who had ordered first. That customer was angry.

“I had a rare steak, which is a lot faster to cook than a well-done steak,” Rios said. “That’s why I got my steak first.”

Rios said everyone was masked, which could have made it difficult for people to hear and helped escalate the fight.

Rios said nobody was knocked to the ground, but he ended up with a bruised nose and his brother got a black eye.

“We notified the local authorities and they are investigating the incident,” Golden Corral said. “Thankfully, no serious injuries have been reported. The safety of our guests and our coworkers is our top priority.”

Police said that no arrests have been made. If there are, the charges would likely be simple assault and disorderly conduct.