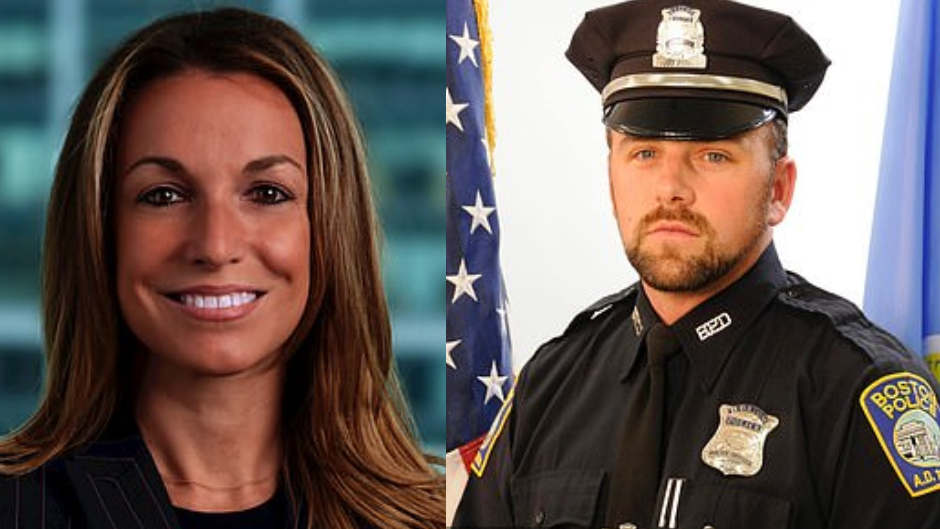 Cop Freezes to Death in Snowstorm After Girlfriend Strikes Him With Car & Leaves: Report

Massachusetts police arrested a woman on Wednesday for allegedly striking her boyfriend with her vehicle during a snowstorm on Saturday, resulting in his death.

The Norfolk District Attorney’s Office said they believe Karen Read, 41, backed into her boyfriend, Boston police officer John O’Keefe, 46, after dropping him off at a gathering in Canton. Before Read took O’Keefe to the get-together, the couple was at the Waterfall Bar in Canton until after midnight on Saturday, according to MassLive.

Read reportedly struck O’Keefe while making a three-point turn. The next morning, when O’Keefe did not return home, Read and two friends reportedly found the off-duty officer outside the Canton residence, bleeding and bruised. He was pronounced dead at a hospital shortly thereafter.

According to Boston.com, Read told authorities that she returned to the Canton home as she was concerned about her boyfriend and upon noticing she had a broken tail light.

An autopsy determined O’Keefe suffered multiple skull fractures and hypothermia — which was evident by the dark-red color of his pancreas. Both of his eyes were swollen shut, and he also had cuts on his right arm and the back of his head, Boston.com reported.

Read pleaded not guilty on charges of manslaughter, leaving the scene of a motor vehicle collision causing death, and motor vehicle homicide. She was released from custody on Wednesday after posting $50,000 bail.