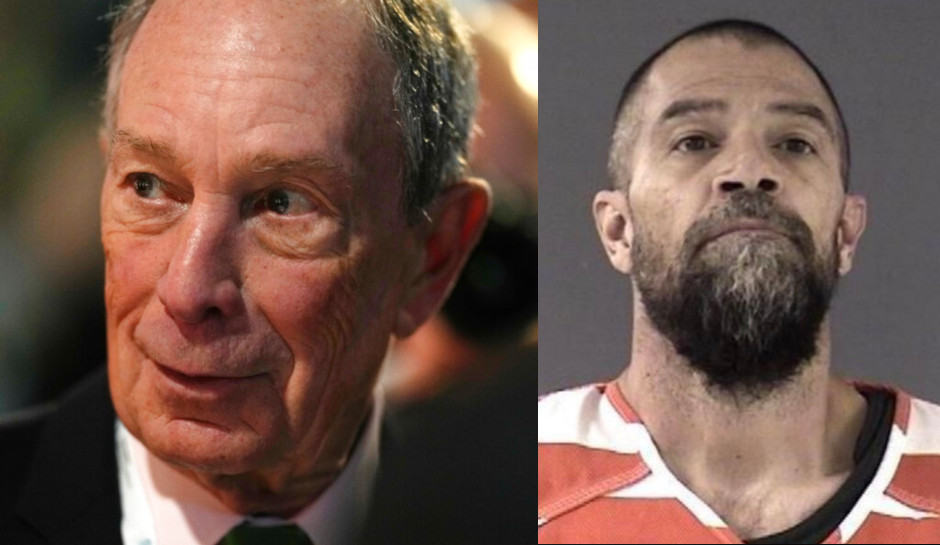 A man who forced his way into Michael Bloomberg’s Colorado ranch this week and kidnapped a housekeeper was looking for the former New York City mayor or his daughters, KUSA-TV reports.

Investigators say 48-year-old Joseph Beecher told the housekeeper that he wanted to “make an international scene” with Bloomberg or his daughters, whom he referenced by first name, according to court records obtained by the television station.

As CrimeOnline previously reported, Beecher allegedly rammed his truck through a security gate at Bloomberg’s 4,600-acre Rio Blanco County ranch around 10:15 a.m. Wednesday, setting off a turn of events that would involve local, state and federal law enforcement across two states.

After breaching the security gate, Beecher made his way into Bloomberg’s 19,000-square-foot house and approached the supervising housekeeper from behind. He pointed a gun at her and threatened to “shoot [her] fu**ing face off,” the Daily Beast reports, citing an FBI affidavit.

The kidnapper then forced the housekeeper to leave with him in her own pick-up truck, driving 145 miles to Denver where the woman was ordered to withdraw money from an ATM. She reportedly mouthed the words “help me” to surveillance cameras.

The pair then made several other stops before driving to Wyoming later in the day. During that drive, the housekeeper alleges that Beecher was threatening but that she sought to calm him.

At the Stagecoach Motel, the housekeeper told investigators that Beecher forced her to sleep next to him “with her head on his chest, her arm around his middle, and her leg over his,” the Daily Beast reports, referring to court documents. The victim alleges that Beecher also kissed her on her forehead and said she would have been killed had she been a man.

Local police in Cheyenne, Wyoming, were notified of the kidnapping around 11:15 p.m. and traced the woman’s iPad to the motel. That’s where police found her truck in the parking lot and established a perimeter around the building.

In an apparent coincidence, a fire started in a neighboring motel room where a man had to be rescued.

The fire prompted authorities to forcibly enter the adjoining room where Beecher and the victim were located. Police arrested Beecher without incident. A newly obtained video from KUSA-TV shows a SWAT team entering the motel room with guns drawn.

An AR-15 rifle, handgun, and ammunition were in Beecher’s hotel room, according to KUSA-TV.

Charges have not yet been filed against Beecher, but he is being held in the Laramie County Jail and likely faces charges of kidnapping and felony menacing in both Colorado and Wyoming, KMGH-TV reports.

Beecher was living about 70 miles from the ranch in Craig, Colorado, where he worked as a handyman for an apartment complex. He reportedly was terminated from the job on Tuesday and was told he would need to leave the complex, where housing was provided in exchange for his work.

Investigators say Beecher may have committed other crimes on Wednesday before the kidnapping. He reportedly confessed to the kidnapping victim that he stole guns and ammunition from his boss’ home after they argued on Wednesday morning, according to the Daily Beast.

This apparently was not the first time Beecher targeted Bloomberg. Beecher allegedly told the victim that he went looking for Bloomberg in July at a local airport.

Authorities do not believe that Beecher has any connection to the housekeeper, Bloomberg or his family.