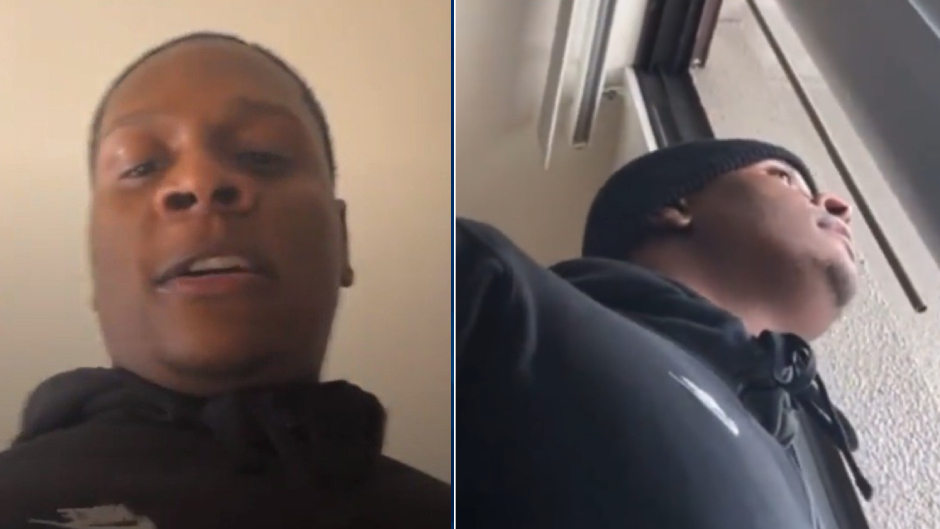 VIDEO: Suspect Fatally Shoots Ex-Girlfriend, Streams on Facebook Before Killing Himself Near Their Baby [Reports]

A Wisconsin man allegedly killed the mother of his 2-year-old son and a man on Saturday in what is being investigated as a suspected double murder-suicide.

According to WITI, Brown Deer police found Arieuna Reed, 23, and a 31-year-old man fatally shot outside the Park Plaza apartments. Police believe the incident was a domestic dispute, but they have not disclosed the suspect or victims’ names or how they were connected.

However, law enforcement sources have told Heavy that police believe the gunman is Reed’s ex-boyfriend, Larvell Huddleston, 26, who reportedly fatally shot himself after exchanging gunfire with Brown Deer police from a second-floor balcony at the apartment complex.

After allegedly killing Reed, Huddleston reportedly called Reed’s parents and streamed on Facebook Live. The couple’s 2-year-old son was in the apartment at the time but was unharmed.

“My husband and I got a phone call around 10 in the morning and it was him saying ‘It’s over, come get Egypt now,'” Reed’s mother recalled to WISN.

Reed’s mother said her daughter finished soccer practice with her 2-year-old son and was dropping him off at Huddleston’s home when the fatal shooting occurred. Reed and Huddleston reportedly broke up but were co-parenting at the time.

WITI reported that the surviving shooting victim, Eric Lewis, 36, was wounded near his ankle after hearing gunshots from his first-floor apartment. Lewis told the news outlet that he saw the gunman shoot at three cars — wounding the 31-year-old victim in the stomach as he and another woman tried to get a wounded Reed into their car.

Lewis reportedly then witnessed Reed crawling towards the apartments when the gunman reloaded his gun, walked toward her, and emptied his clip at point-blank range.

According to WTMJ, Brown Deer police said they believe Lewis was trying to intervene when he was shot in the leg. WITI reported that the suspect shot Lewis from the balcony when Lewis checked on the wounded man, who died at the scene.

During the Facebook Live broadcast, Huddleston is reportedly overheard telling police to get his son as he is going to kill himself. He is also seen turning on the television for his son and getting food for him while insinuating that mental health issues influenced his actions.

“Be mindful of what these n***as are going through,” he says during the seven-minute broadcast.

Huddleston also shows the outfit he wants “to get buried in” and prays before the livestream abruptly ends.

Brown Deer police reportedly did not open fire during Saturday’s incident, despite Huddleston allegedly shooting at them from a balcony. The police chief said no officers were hurt.

Heavy reported that Huddleston had a pending weapon possession charge from October 2020. His July 2021 trial was delayed due to the coronavirus pandemic.