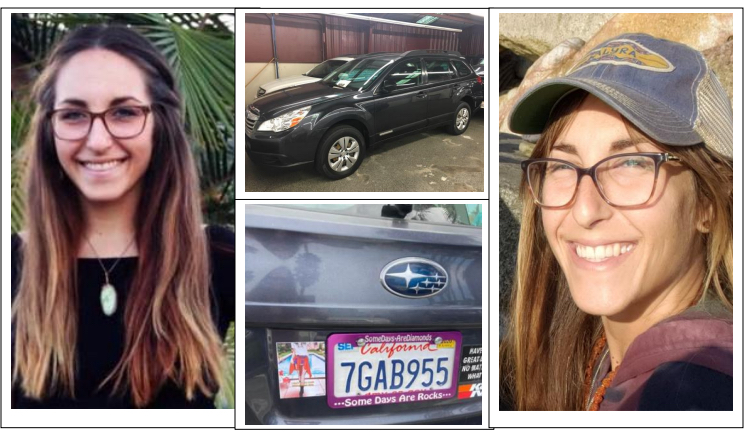 Family of Missing California Woman Pleads For Her Return: ‘We Don’t Know Anything’

Sara Otero said she was going to work out with a friend, but she never showed up to the gym and the friend had no idea of the plans. Now, loved ones of Sara Celeste Otero are asking for the public’s help with finding the 28-year-old, who has been missing for 11 days, KNSD-TV reports.

Otero was last seen around 8:40 a.m. on January 28 leaving her mother’s Oceanside home in a gray Subaru Outback with California license plate 7GAB955. Oceanside is about 40 miles north of San Diego.

Otero reportedly told her stepfather that she was going to work out at the gym with a friend, but she allegedly did not go to her gym and the friend she mentioned had no idea of the plans, according to Fox News.

Otero’s stepbrother, Ryan Bear, told Fox News that Otero also did not show up for work that evening, which is unlike her.

“She had never missed a day of work,” Bear told Fox News. “We’ve got very little details. And that’s the entire reason that we’re trying to ask the public for any and all information at this point, because we don’t know anything.”

Bear told KNSD-TV that when Otero hadn’t responded to text messages for about fours hours, he began inquiring with his family and realized there was a problem. Investigators believe her phone has been shut off since about 10 a.m. the day she vanished.

Otero’s boyfriend was at his job on the morning she went missing, Bear told Fox News. The two had not been dating long and had seen each other only remotely because of the pandemic.

The woman’s family does not suspect the boyfriend was involved in her disappearance, Otero’s stepsister Chelsea told Fox News.

“He’s pretty devastated,” Chelsea told Fox News, referring to the boyfriend. “She’s grappling with a lot, she shared that she was feeling depressed . . . it’s affected their relationship.”

Although Bear said that Otero has “taken space” previously, she usually always stays in contact and has never severed communication like this, according to KNSD-TV.

“To be missing for a few days and not answering family, that’s just never happened before,” Bear told Fox News. “You’re loved. You’re cared for. Your family just wants to know that you’re safe and sound.”

Family members are concerned that she may have harmed herself. She has a history of drug abuse and has been battling depression. However, Bear told KNSD-TV that his stepsister has been sober for two years and as for the depression, she “felt like things were starting to improve.”

Otero and her family are said to enjoy time in nature. She reportedly likes to visit beaches and parks, including Desert Hot Springs and Joshua Tree National Park, and has been known to camp in her car.

Otero is described as 5-foot-6, 130 pounds, with long brown hair and blue eyes. She has glasses and multiple tattoos, including a Winnie the Pooh tattoo on an ankle, a flower tattoo on an arm and a third on her right bicep that reads “It’s in our nature.”

Investigators say Otero was wearing a green military-style jacket and bronze-colored leggings when she was last seen.

To report information about Otero’s whereabouts, call Oceanside police at 760-435-4900.