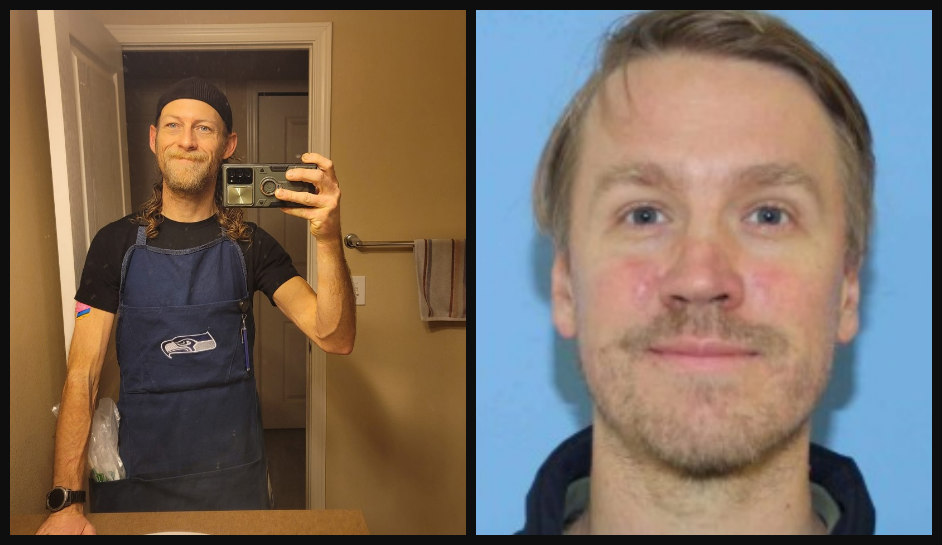 Authorities have arrested a man suspected of opening fire Monday at a Washington grocery store, where one person was killed and another critically injured, the Tri-City Herald reports.

Police identified the suspect as 39-year-old Aaron Christopher Kelly (pictured right), who was detained on a highway 130 miles away from the shooting at a Fred Meyer market in the city of Richland in southeast Washington.

One witness said they heard at least 10 gunshots inside the store. Law enforcement in the area began receiving calls about the shooting at 11:03 a.m. and dispatched officers to the store immediately.

Medics also arrived and attempted to save Krumbrah, but he was pronounced dead at the scene.

An unidentified store employee was also shot in the chest and was in critical condition Monday at an area hospital, where he had surgery, according to KNDO-TV.

In the midst of the gunfire, grocery store employees and customers took cover in back offices, stock rooms and restrooms, according to the Herald. They also sought safety in neighboring businesses.

“The terror in the eyes of these people that came and took cover in my shop,” Robert Cronkite, who owns a nearby shop, told KIRO-FM Newsradio. “I just, I mean, I had never seen terror in anyone’s eyes quite like what I saw there.”

Cronkite added: “The guy that did it . . . He literally walked out of there, casually pushing a shopping cart. And you can see the satchels, you know, the gurney bag, wherever he’s got these guns when he walked out.”

Nearby schools were placed on lockdown and the public was asked to avoid the area.

Authorities have said that Kelly had previous contact with law enforcement, but the nature of that contact has not been specified.

Friends and colleagues of Krumbah, an Instacart shopper, have posted remembrances of him on social media. They said he was often smiling as he bought groceries for people.

Relative strangers also left comments on Krumah’s Facebook page, such as a woman who said she had recently met him in the checkout line.

“I met you in the check out line last Saturday and we visited about how you enjoyed instacart and how you approached it with an outstanding work ethic,” the woman wrote. “My day was made by your positive, can do attitude. May you rest in peace.”