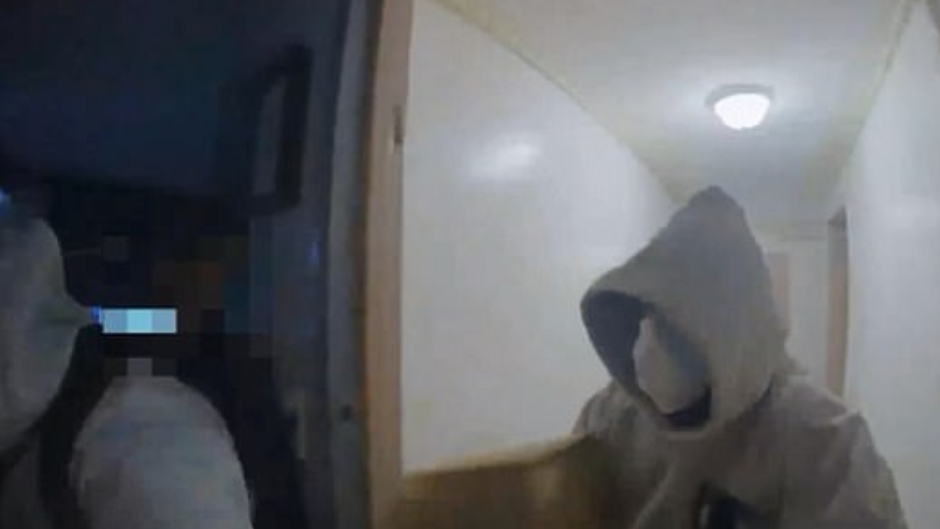 New York police are looking for two suspects who were filmed breaking into a home on Wednesday and restraining the victim with zip-ties.

WCBS reported that the two masked suspects were filmed breaking into a Brooklyn home as the 37-year-old victim opened his hands. Police said the pair forced their way inside the home, zip-tied the victim’s hands, and kicked him while brandishing a knife.

According to the New York Post, the suspects stole two watches from the Brighton Beach residence – a Rolex Presidential and an Audemars Piguet worth $300,000.

One of the suspects was also filmed searching through the victim’s refrigerator before fleeing.

The victim refused medical attention for his injuries. The two suspects remain on the run.