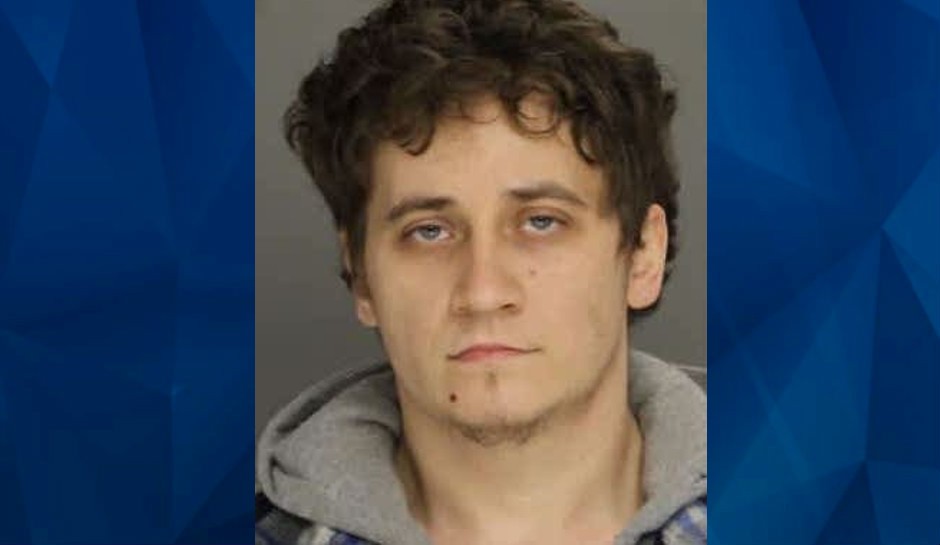 A Pennsylvania man allegedly murdered his former girlfriend and then dismembered and beheaded her body with a machete, the Philadelphia Inquirer reports.

Around 4:15 a.m. Friday, a neighbor called authorities to report screaming at an apartment building in Clifton Heights, a suburb of Philadelphia.

Arriving officers initially knocked on the home’s front door, but no one answered. That’s when police went to the back of the apartment, where they were confronted with a gruesome scene: Officers saw through a window that a man was in the process of dismembering a woman with a machete. Her body was already partially decapitated, according to KYW-TV.

The man, later identified as 32-year-old Nicholas Scurria, was allegedly in the process of cutting off one of the victim’s legs when officers encountered him as the woman’s body was rolled up in plastic, WPVI-TV reports.

“I’ve been an officer for 32 years. This is absolutely horrible,” Clifton Heights Police Chief Timothy Rockenbach told WPVI-TV. “I don’t even know what words I could describe to you how actually incredibly insane this is, especially in my town.”

Authorities pronounced the victim dead at the scene and arrested Scurria, who had multiple weapons with him.

Rockenbach told the television station that the officers who came upon the scene are haunted by what they saw.

The victim’s identity has not been released, but Scurria reportedly told investigators that the woman was his ex-girlfriend and that they had been living together. Scurria claimed that the woman had attempted to cut off his testicles, although investigators have not substantiated that assertion, KYW-TV reports.

Scurria admitted to knocking the victim unconscious and said he was dismembering her body in an effort to conceal what happened, according to PhillyVoice.com, citing court records.

Scurria faces charges of first-degree murder, third-degree murder and abuse of a corpse. He was denied bail and remains in custody, the Inquirer reports.

Neighbor Bill Mehok said he could not believe such a brutal crime occurred in his neighborhood.

Meanwhile, authorities say the case is another tragic reminder about the seriousness of domestic violence. In a statement, Delaware County District Attorney Jack Stollsteimer called Scurria evil and a coward.

“This morning’s horrific murder is a sad reminder of the threat that many women face on a daily basis,” Stollsteimer said, according to PhillyVoice.com. “Based on the defendant’s statements at the time of his arrest, in response to what the defendant perceived as a threat to his masculinity, he brutally killed – and then dismembered – his victim.

“His actions were cowardly as well as evil, and he will be prosecuted to the full extent of the law.”