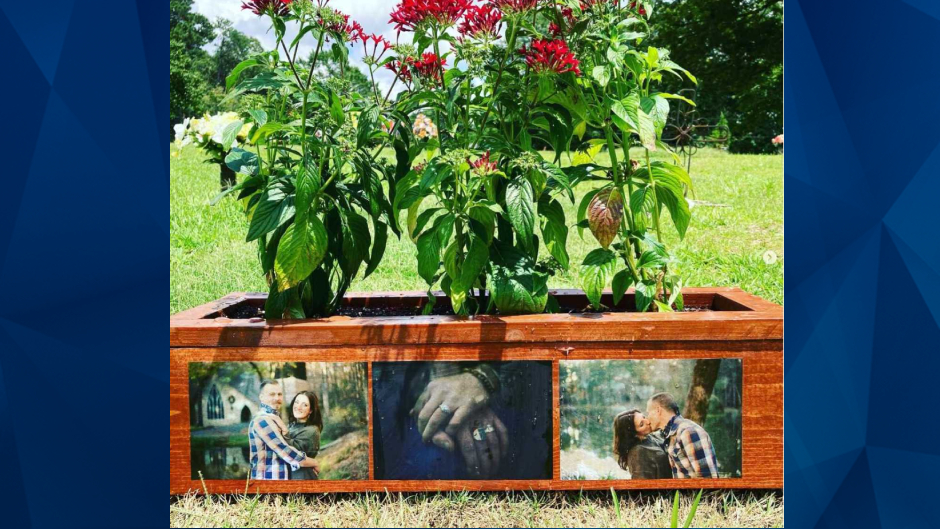 A trial date has been set in the case of an Alabama man who was arrested last month for reportedly leaving flowers at his fiancée’s gravesite.

According to WRBL, Winchester Hagans will stand trial in March for criminal littering. He is reportedly facing criminal charges for leaving a planter box at Memorial Park Cemetery in Auburn, where his fiancée, Hannah Ford, 27, is buried.

Ford was killed in a three-vehicle crash on January 17, 2021, a month after she got engaged to Hagans.

Hagans explained to WTVM that he left the planter box, which is decorated with photos of him and Ford, at Ford’s grave because she preferred live flowers over cut ones. Hagans reportedly asked the city if he was allowed to keep the planter box at Ford’s grave, and he was told they would not take any action unless her family complains.

On January 24, Hagans was pulled over for an expired tag. It was then that he learned he had a warrant for his arrest for littering.

“[They] handcuffed me on the side of the road on a Sunday morning,” he recalled to WRBL.

The news outlet obtained a copy of the criminal complaint — which was signed by Ford’s father. Hagans claimed that he and Ford had a tense relationship with some of Ford’s relatives and that someone kept discarding the flowers he left at her gravesite.

However, Hagans alleged that nobody directly told him to stop leaving flowers at Ford’s grave before his arrest. Auburn police explained in a statement issued to WRBL that some burial plots are considered private property as they are managed by the decedent’s family.

“The individual charged in this case turned himself into the Auburn Police Department on January 24th, 2022, after a warrant was signed by another citizen. In this situation, as is often the case, the police department is simply a process server that allows parties in conflict to be before the court. The facts of the case will be presented by both parties and weighed in Court,” police also said.

Hagans has pleaded not guilty to littering. Ford’s father has not publicly commented on the case.

Hagans told WRBL, “I just want to be able to put flowers on her grave.”