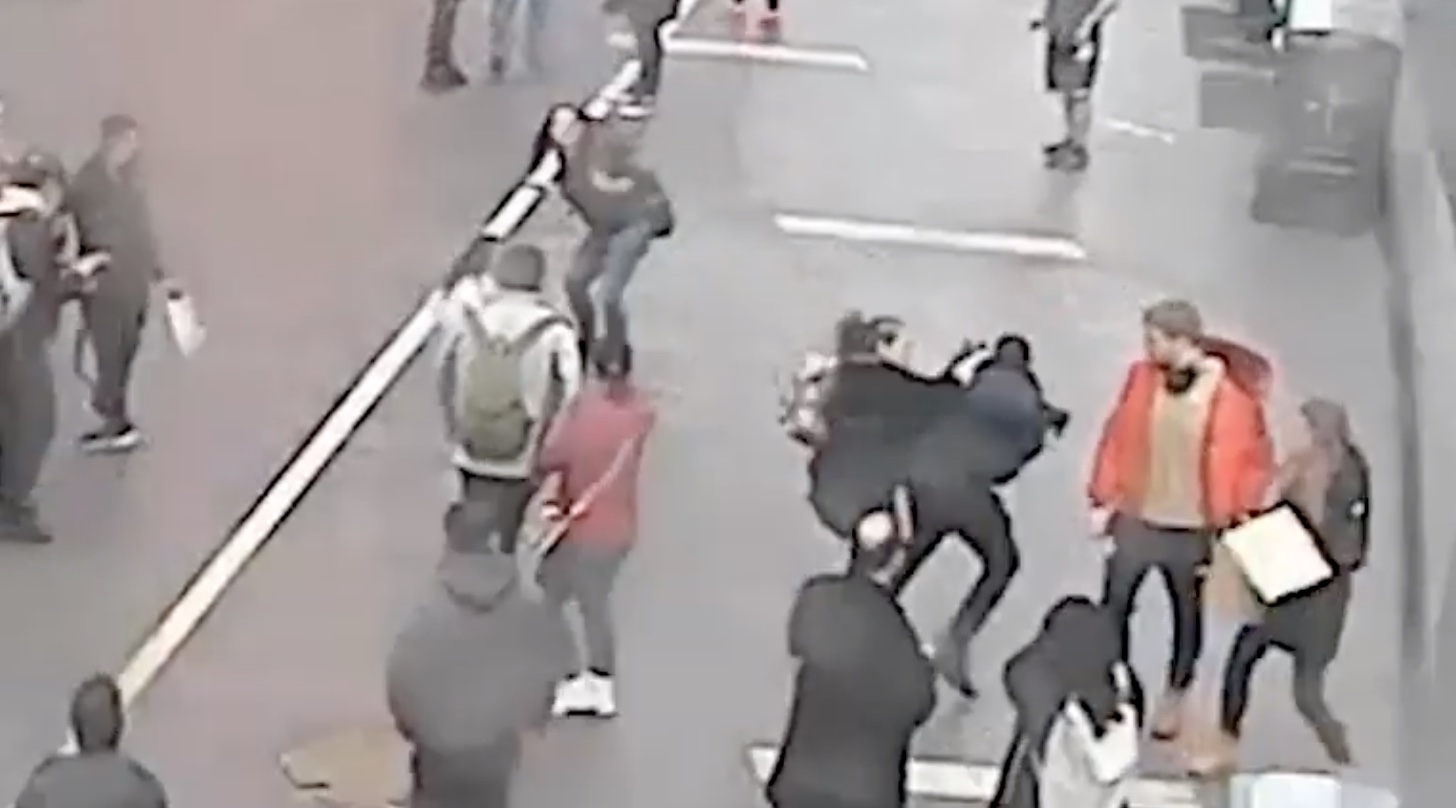 Moms Fight Back After Thug Slugs Tot in Times Square

A man with a history of assaulting strangers was arrested this week for slugging a 4-year-old boy in the head, prompting the toddler’s mother and another women to take the assailant down themselves in busy Times Square.

The incident took place at about 3:20 p.m., police said, when 34-year-old Babacar Mbaye cold-cocked the boy as he walked past, the New York Post reported.

One of the women gave immediate chase and tackled him on the sidewalk, while the other first checked on the boy then followed, swinging something unidentifiable in her hand before cops arrived to make the arrest.

Prosecutors said Mbaye also kicked an officer in the leg during his arrest. Mbaye was charged with felony assault, reckless endangerment, and resisting arrest.

The child’s condition was not clear. He was seen holding his hands to either side of his head while his mom and the other woman went after Mbaye, and police said he was treated at the scene.

The Post said that Mbaye was on supervised release in relation to other attacks and that he has three open misdemeanors for “assaulting strangers” since last summer. Two of those came in the past month, one in which he allegedly “pushed a stranger and punched her twice on the shoulder” and another in which he “punched a stranger in the head,” according to prosecutors.

Thomas Kenniff, Mbaye’s attorney, told the court that his client did not intend to hit the child, saying he was “under the influence of an intoxicated, debilitating psychiatric episode.”

“He was dancing in the midst of Times Square and inadvertently made contact with the child … which drew the ire of the child’s mother who maybe perhaps reasonably believed that he intended to strike the child,” Kenniff argued. “But I’m confident that was not his intention.”

Mbaye does not appear to have been “dancing” in surveillance footage obtained by the Post.

He was ordered held on $30,000 bond and is due back in court on Wednesday.