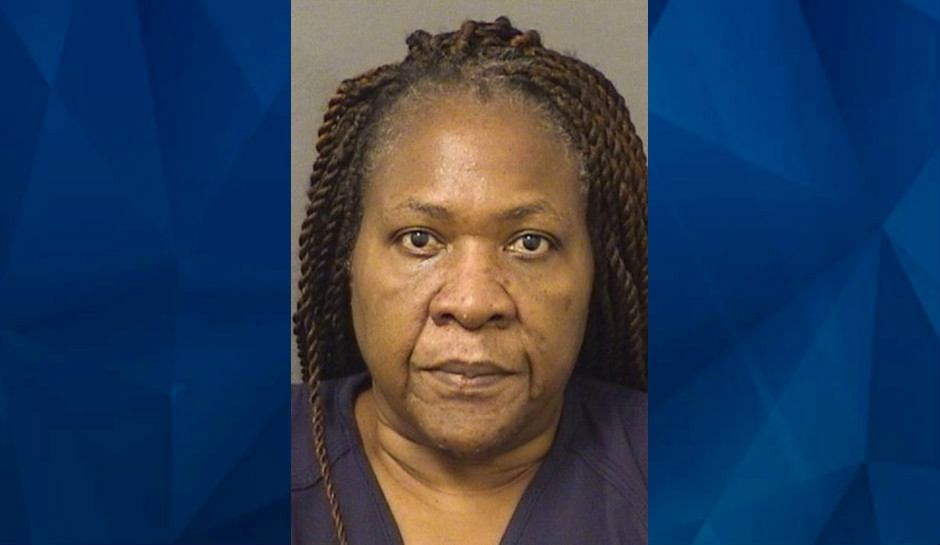 A Florida woman has been charged with first degree murder after she alleged stabbed her husband more than 140 times with a meat cleaver.

Joan Burke, 61, was arrested on Saturday and made her first court appearance on Sunday. She was ordered held without bail.

Palm Springs police said they were called on the evening of February 11 by a man who said he’d come home from work and found his stepfather apparently dead in a pool of blood on the floor, WPTV reported.

Officers found Melvin Weller, 62, suffering from multiple stab wounds, in the kitchen where blood took up half the floor. They found blood spatter and smears on walls, cabinets, and countertops, along with knives and a meat cleaver in the sink. They also located cleaning tools on the floor near the body.

Burke was lying in bed in a bedroom. Officers said she was alert and conscious but said nothing and had some lacerations on her palms. She was taken to a hospital for an evaluation.

Weller’s autopsy revealed that he was stabbed more than 140 times all over his body and had a skull fracture on the right rear area of his head, caused by a blow from the cleaver.

Burke’s arrest affidavit says that investigators also found a plastic bag on a kitchen counter that contained a cell phone and Burke’s blood-stained nightgown. They believe the cell phone belonged to Weller.