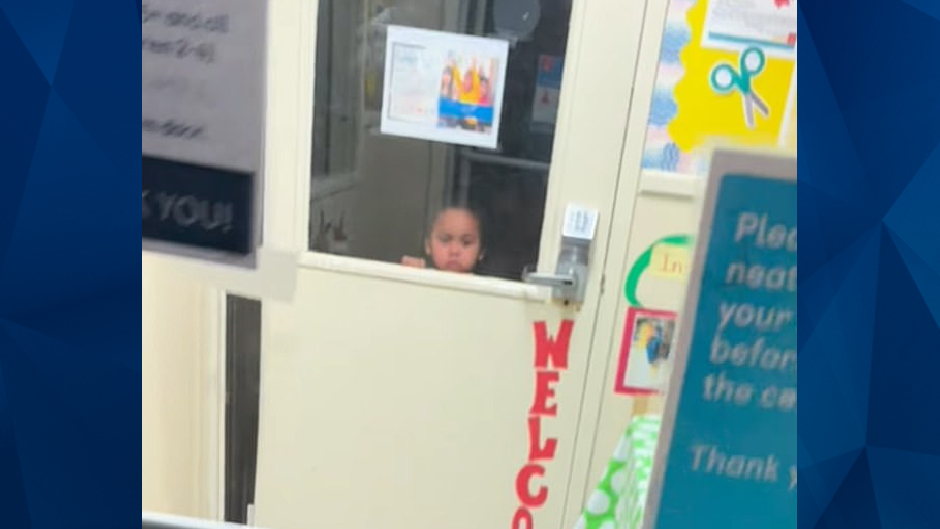 A Florida woman reportedly found her 2-year-old daughter alone in a closed day care on Wednesday.

Plantation police said they were called to Plantation KinderCare roughly eight minutes after an assistant director and teacher closed the center. Responding police and fire crews were able to get Stephanie Martinez’s child out of the locked day care by prying the door open, according to WPLG.

Martinez told the news station that she arrived at Plantation KinderCare to find all the doors locked and the lights off.

“I started knocking. I banged on every window. I couldn’t see anything because everything was dark. And finally, I heard her and she popped on the little window, on the little door, and I lost it,” she recalled.

WSVN reported that Martinez was the person who called 911. Her daughter was unharmed, but she claimed the ordeal has left her traumatized.

In a statement issued to WTVJ on Friday, Martinez’s attorney said she is planning to file a lawsuit against Plantation KinderCare.

Martinez reportedly told police that the day care never called her to pick up her daughter. Employees claimed they use a tablet to check out all of the children, according to WTVJ.

The Broward Sheriff’s Office Child Protection Services and Plantation Police are investigating Wednesday’s incident. The day care confirmed in a statement that the staff members involved in the ordeal are on administrative leave.