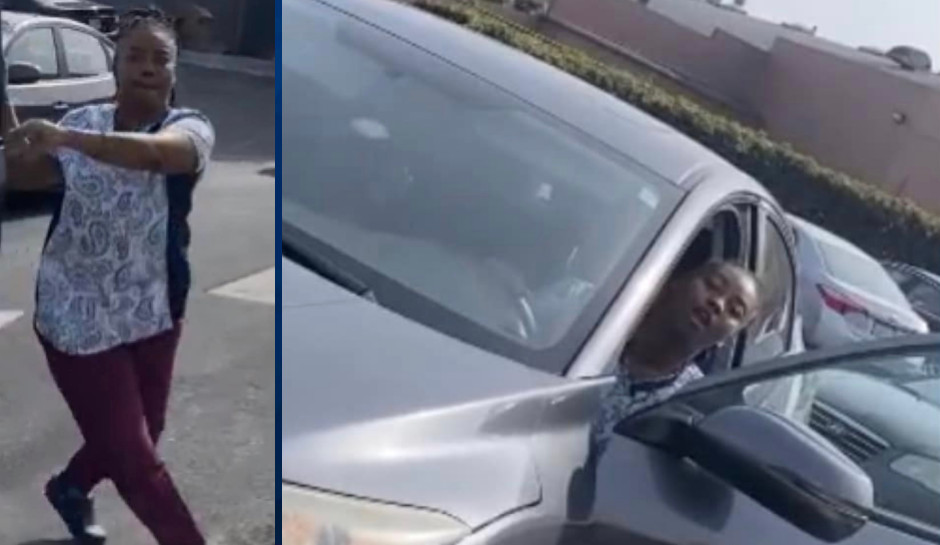 MCDONALD’S MAYHEM: Furious Over Line-Cut, Woman Rams a Mom’s Car Outside California McDonald’s, Drags Her in Front of Tots

A McDonald’s drive-thru was the scene of a violent confrontation earlier this month with a woman angrily accused another woman of cutting in front of her in line — eventually striking her with her own car, dragging her 150 feet across the parking lot, and then repeatedly punching her while she was down.

The assailant hopped in her car and sped away, Richmond, California, police said, leaving the young mother on the concrete with her 3- and 5-year-old sons still in her car, terrified at what they’d just seen happen to their mom.

The incident took place shortly after noon on February 5, according to police. The victim filmed the first part of the interaction, as the assailant yells, calls her “ugly” and other names, and then starts throwing things — including a water bottle — at the car.

Warning: Strong language in this video:

The victim speaks calmly to her sons. “See? That’s not how you should behave, okay?” she tells the boys, reassuring them that everything will be ok even as the woman is screaming at her.

The video ends as the victim gets out of the car after the assailant rams her vehicle, leaving the rest to be described by police.

“Looking back at what happened, I know I shouldn’t have gotten out of the car,” the victim, who asked to be identified only as Amaro, told KGO.

Amaro, who denied cutting in line, saying she was “just going with the flow of traffic,” joined Richmond police in urging the public to help identify the woman. Richmond police said they had located the vehicle but not its driver.

They asked anyone with information about her to contact Detective O. Guzman at OGuzman@RichmondPD.net or 510-672-2493.