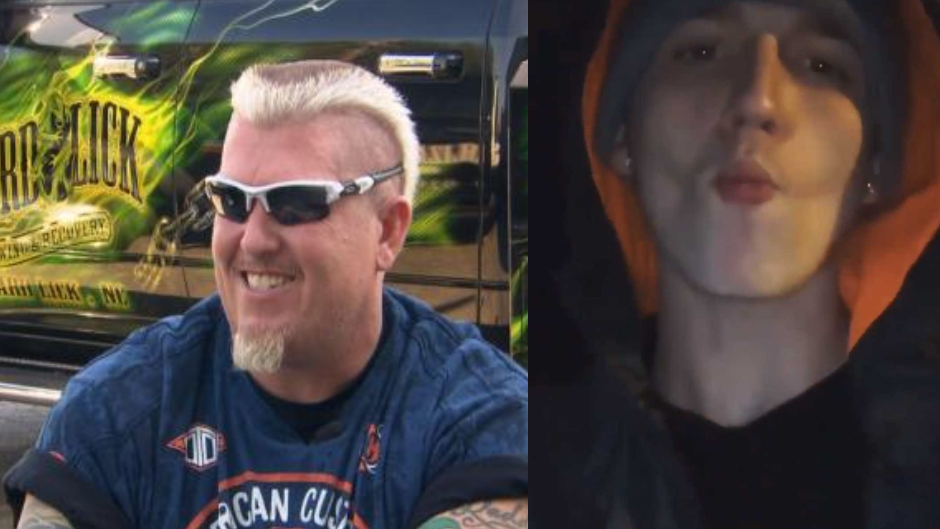 WRAL reported that a 16- and a 17-year-old were charged with murdering Harley Alexander Shirley, 21, son of Ronnie Shirley, who started in the TruTV series “Lizard Lick Towing” from 2011 to 2014.

Police said they responded on February 17 to a report of shots fired at a balloon release ceremony in remembrance of Xavier Smith, a Wake County man who was killed in a car crash weeks earlier. The suspects reportedly fled the scene.

While police were at the scene, they got a call about another shooting at a gas station three miles away. There, they found Shirley and a 20-year-old woman with gunshot wounds. Shirley was pronounced dead at the scene and the woman was hospitalized with serious injuries, according to WRAL.

Authorities ultimately determined that the two shootings were linked. WRAL reported that before Shirley was killed, he shared videos of the balloon release on Instagram.

In a TikTok video, Ronnie Shirley claimed his son was fatally shot in the back as he sat in his car at the gas station.

The 16-year-old suspect was arrested on Saturday, while the 17-year-old was apprehended on Tuesday. They are charged with murder and attempted murder in connection with the shootings.

Authorities have not publicly identified the two suspects due to their age. A motive has not been disclosed.