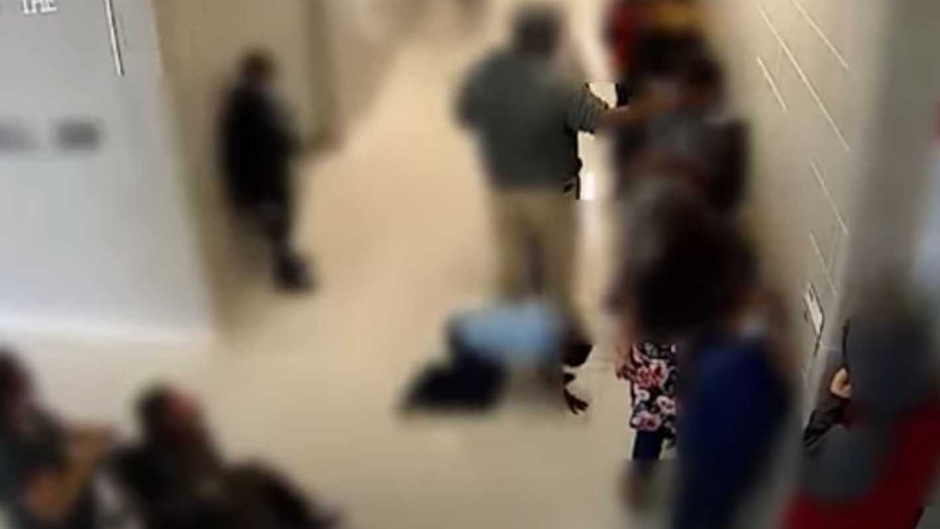 A video has surfaced reportedly showing an autistic student being attacked at his Texas middle school last month as several employees watched.

According to KHOU, surveillance footage shows sixth-grader Sekai being attacked in the hallway at Marine Jones Middle School in Aldine. During the January 25 incident, Sekai reportedly bumped into a larger, taller student who was then filmed pushing Sekai to the ground and kicking him.

KHOU reported that Sekai, who is 11, is autistic, nonverbal, and has the intellectual ability of a 4- to 5-year-old. Sekai’s grandmother, Veda Cavitt, has custody of him as his parents died when he was a baby.

In a statement to KPRC, the Aldine Independent School District said the altercation occurred as students left gym class. The district also said that both Sekai and his alleged attacker are Structured Learning Classroom students at the middle school.

“In addition, the three aides who did not intervene were disciplined according to district protocol. Aldine ISD takes these situations seriously as the safety and security of our students and staff are our top priority,” school district officials announced.

Meanwhile, Cavitt has urged the school district to fire the principal and three aides. She said her grandson missed two days of school due to the attack. He is reportedly being medically evaluated to determine what injuries he suffered.