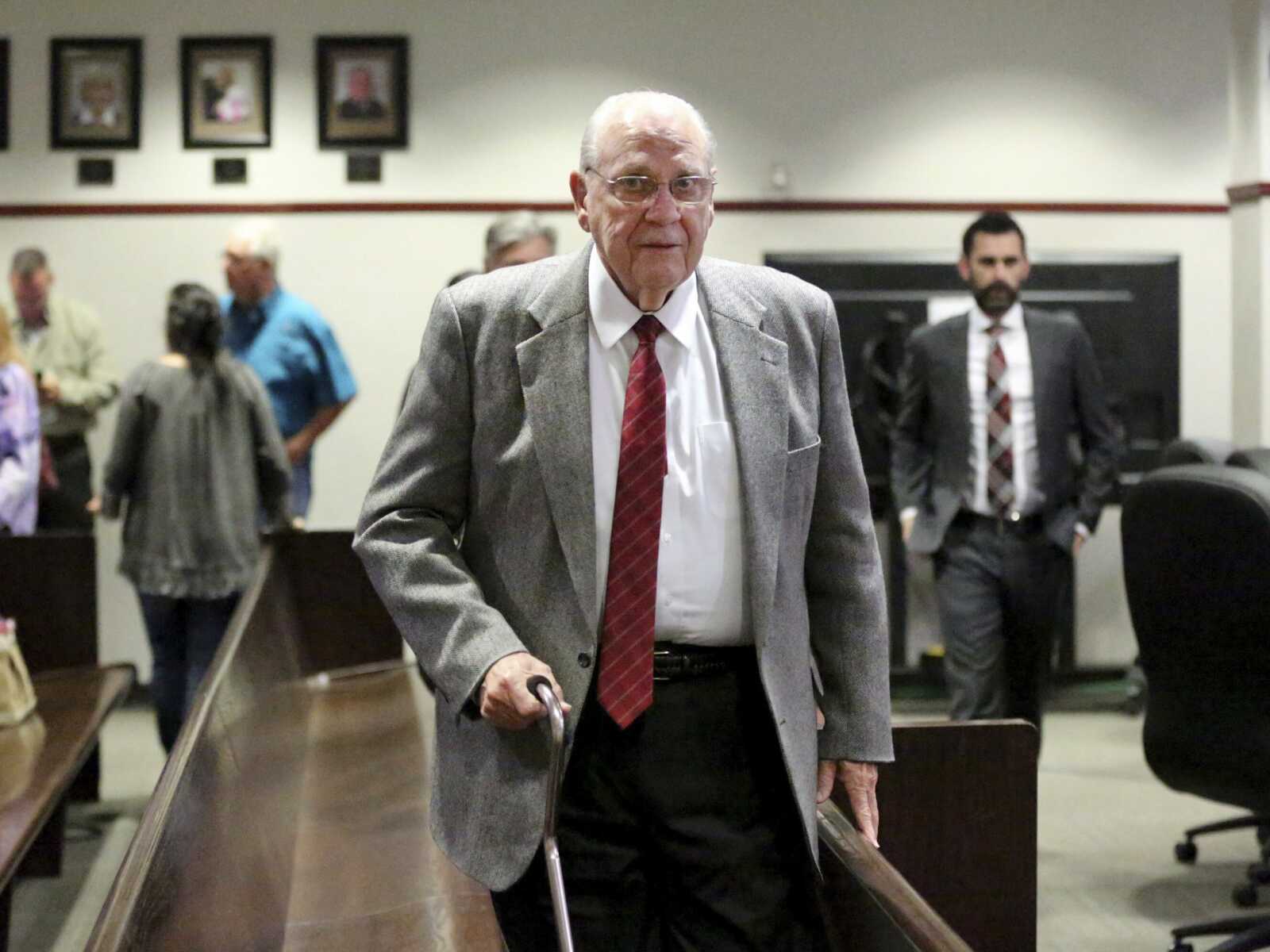 A retired police officer who shot and killed a man over a spat in a movie theater has been acquitted of murder.

Jurors deliberated for just three and a half hours before handing down the verdict in the trial of 79-year-old Curtis Reeves, the Tampa Bay Times reports.

Prosecutors had charged Reeves with second-degree murder after he fatally shot 43-year-old Chad Oulson in 2014 during a screening of “Lone Survivor” at a movie theater in Wesley Chapel, Florida, near Tampa.

Reeves, a retired Tampa police captain, had asked Oulson to stop using his phone while the previews were showing.

The request devolved into an argument in which Oulson threw his phone and popcorn at Reeves.

Reeves asserted that he was defending himself and that he relied on his police training in deciding to shoot. Reeves claimed that Oulson appeared to be on the verge of attacking him and seemed ready to climb over the seat when he grabbed his .380 caliber pistol and fired.

“Reeves had more knowledge and experience than anyone in this courtroom,” Reeves’ defense lawyer, Richard Escobar, told jurors, according to the Associated Press. “It’s a dangerous world.”

Prosecutors, however, argued that Reeves simply had his ego damaged and that there was no reasonable threat.

“In his entire career that is the most he has ever been scared? Absolutely unreal,” Scott Rosenwasser, the prosecutor, told the jury, according to the AP. “He didn’t fear anything.”

In an interview with the Times after the verdict, Reeves said, “This is great. It’s been a long eight years. I couldn’t wait for it to be over with.”

Reeves initially tried to invoke the state’s controversial “stand your ground law,” but a judge denied use of the defense.

After the shooting, medics rushed Oulson to the hospital, where he died. His wife was shot in the hand and was treated.

Jurors also acquitted Reeves of aggravated battery, according to WTVT-TV.

[Featured image: Former Tampa police captain Curtis Reeves leaves court a free man after the reading of the verdict at the conclusion of his murder trial on Friday. (Douglas R. Clifford/Tampa Bay Times via AP, Pool)]