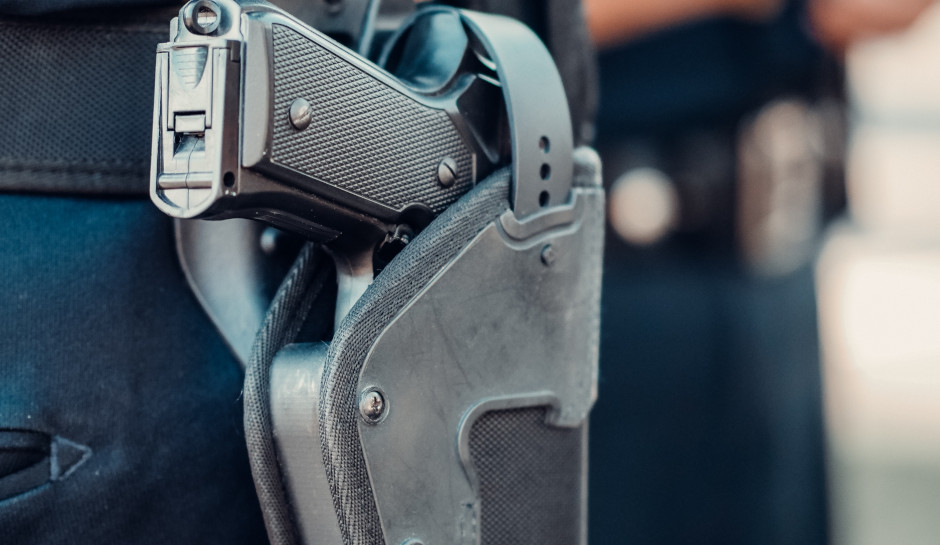 A Virginia police officer was charged with a misdemeanor this month after he left his loaded service weapon on his sofa for five hours, before his 2-year-old son picked up the gun and fatally shot himself.

Stefhone Christian McCombs Sr, 25, was charged on February 8 with allowing access to firearms by a minor in the October 29, 2021, incident but was not taken into custody. He made a first appearance in court this week and has a status hearing on March 16, the Daily Press reports.

According to a complaint filed this week, McCombs told investigators he came home from work that day, took his Glock semi-automatic 9mm pistol out of its holster and put it on the couch next to him. Five hours later, when his two children got home, he “forgot the firearm was still left unsecured on the living room couch.”

“When Mr. McCombs stepped into the kitchen, he heard a loud gunshot,” the complaint said.

The officer ran back to the living room and found his son, Stefhone Christian McCombs Jr, bleeding and crying and his gun covered in blood. He drove the toddler to Mary Immaculate Hospital, where the boy died.

McCombs reportedly told investigators that it was “not his normal practice” to forget that he had left his guns within his children’s reach with no adults present. But police who searched his home found another unsecured gun on a kitchen counter.

While civilians involved in similar shootings are often charged with felonies — such as child neglect — even in non-fatal incidents, Newport News Police Chief Steve Drew said the charge fits the crime.

“When I look at the totality and the balance and the humanity side of things, there is no penalty, no fee, no fine, no sentence, no anything that can replace the loss of your child,” Drew said. “This was an error in judgment. It’s a tragic, tragic event, and my heart breaks for that family … I didn’t want to sensationalize that.”

“There was no malice, no intent, no danger to the community,” he said. “After researching it and talking it over, we felt that like this was the only charge that really fit the situation we had.”

Police officers, Drew said, “are held to a higher standard, as we should be. But we make mistakes.”

Newport News Commonwealth’s Attorney Howard Gwynn, whose office recused itself from the investigation, said it was “certainly possible” that other charges could be filed.

The Newport News Police Department kept information about the incident secret until McCombs, who had been on the job for about a year at the time of the shooting, appeared in court this week. He has been on paid administrative leave since the shooting.