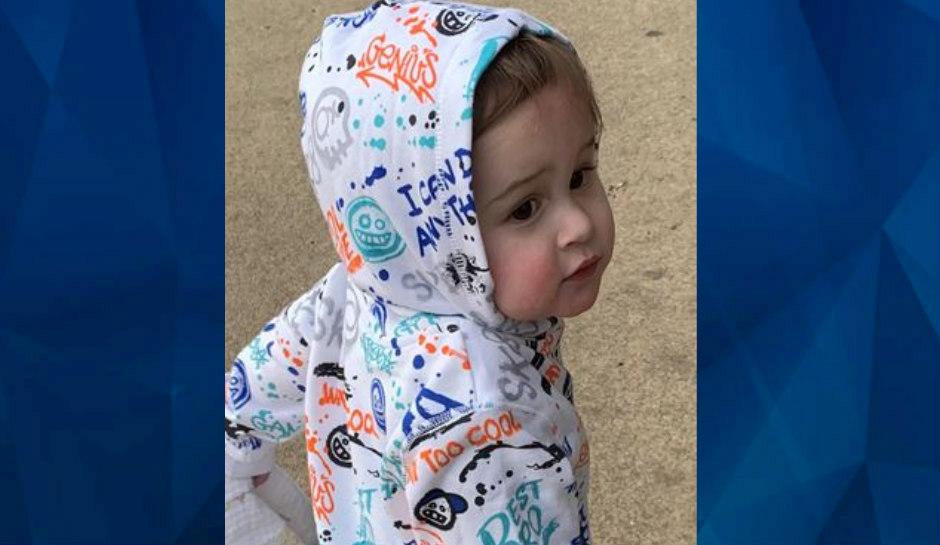 An AMBER Alert has been issued in California after a vehicle was stolen early Sunday with a young child inside, KGO-TV reports.

Authorities are searching for a brown 2008 Buick Enclave with unknown paper license plates from Georgia.

The SUV has a spare tire on the right front wheel, a blue “Baby on Board” sticker affixed to the back window, and a taillight and headlight out on the left side, according to the California Highway Patrol.

The vehicle was stolen by unknown individuals at 3:51 a.m. in Sunnyvale, a city sandwiched between San Jose and San Francisco in California’s Silicon Valley, KRON-TV reports.

At the time of the theft, 2-year-old Jacob Jardine was inside the vehicle. Jardine is about 3 feet tall and weighs approximately 25 pounds. He has red, curly hair and brown eyes and was last wearing gray pants and a white hooded sweatshirt with blue, teal and orange lettering.

The AMBER Alert focuses on five counties in the San Francisco Bay Area: Santa Clara, San Mateo, San Francisco, Santa Cruz and Alameda, according to a tweet from the CHP on Sunday morning.

Jardine’s mother was unloading groceries from the vehicle when it was stolen. Authorities have not released further details about the incident, including whether the assailants were aware that a child was in the vehicle.

Anyone who sees the vehicle or Jardine is asked to call 911 immediately.

The CHP issued the alert on behalf of the Sunnyvale Department of Public Safety.