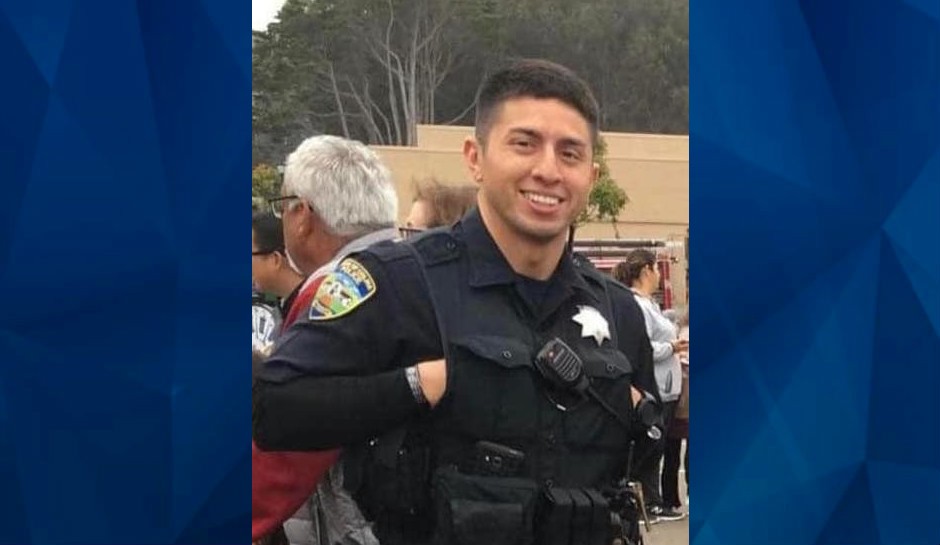 A California city is mourning the loss of a police officer who was shot and killed during a traffic stop Friday night, KSBW-TV reports.Officer Jorge David Alvarado of the Salinas Police Department had initiated a traffic stop in the central part of the city at East Market and Griffin Street around 10:40 p.m. Friday.“It is with a heavy heart that we at Salinas PD inform that one of our officers, Jorge David Alvarado (30), a five-year veteran, was shot and killed in the line of duty last night,” the police department wrote in a Facebook post.Authorities have not released details about what happened during the traffic stop, except to say that the officer was shot and that the perpetrator has been detained. The shooting occurred near a bulk grocery store.A large police presence responded to the scene and stayed there for hours, according to footage from KSBW-TV.“The officer stayed in the fight all the way to the end. Ultimately, he paid the price for it, he gave his life for it,” Salinas Police Chief Roberto Filice said at a press conference, which the department live-streamed on Facebook. “But thanks to his actions, we were able to apprehend the suspect and we currently have him in custody.”Alvarado, 30, had previously worked for the Colma Police Department and also served in the U.S. Army, the Californian reports. He is the first officer in the city to die in the line of duty in decades.“Our community and our police department are devastated,” Salinas Mayor Kimberly Craig told reporters. “He death of a Salinas police officer in the line of duty has not occurred in nearly 80 years.”Craig added: “Our officers are grieving. They’ve lost a brother. We have lost a public servant.”Investigation of the shooting has been turned over to the Monterey County District Attorney’s Office, which is required under protocol. Details of the investigation will not be released until it is completed, Monterey County District Attorney Jeannine M. Pacioni said during the press conference.Salinas is about 60 miles south of San Jose.To report information about the case, call the Salinas Police Department at 831-758-7321 or use the department’s anonymous tip line at 831-775-4222.