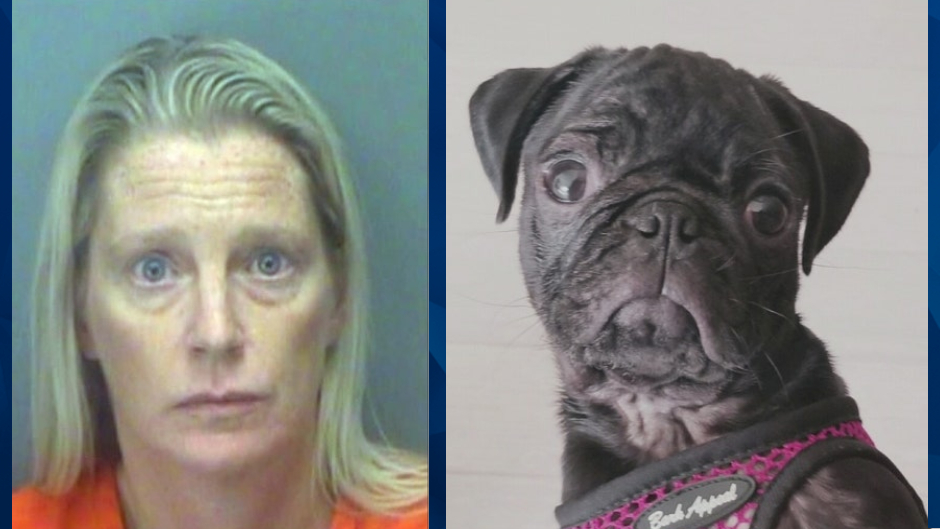 A Florida woman was arrested on Monday, a day after she allegedly assaulted her ex-boyfriend and threw his pug seven stories to his death.

Shelley Vaughn, 46, reportedly hurled Eric Adeson’s 3-year-old pug off the balcony of Adeson’s Clearwater Beach apartment on Sunday. Adeson told WTVT that Vaughn had been drinking and using drugs before they got into the argument — which escalated when she tossed his cellphone and keys over the railing.

Vaughn allegedly then grabbed Adeson’s dog, named Bucky, and also threw him off the balcony. The dog landed on the parking lot below.

WFLA reported that the dog died on impact.

Adeson claimed that Vaughn has been violent in the past.

Vaughn was charged with aggravated animal cruelty, criminal mischief, and domestic battery. Adeson has filed a civil lawsuit against his jailed ex-girlfriend.