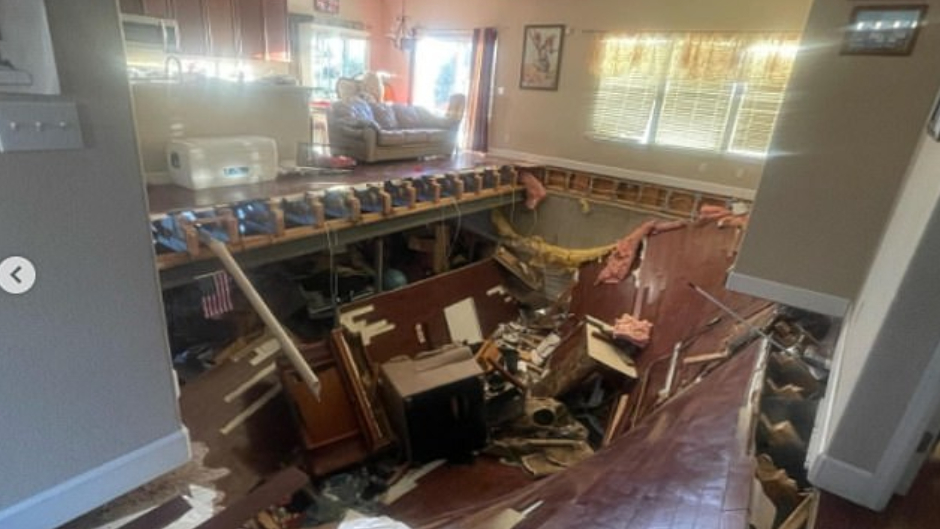 Three juveniles were reportedly injured at a Colorado house party on Saturday when the first floor collapsed.

According to KMGH, South Metro Fire Rescue responded to an Arapahoe County home after a 911 caller claimed “people were dying” and hung up. Firefighters believe 100-150 juveniles were in attendance when the first floor of the residence fell into the basement.

KMGH reported that two juveniles suffered minor injuries while a third was seriously injured. Their current conditions are not immediately known.

One of the teens injured on Saturday told KDVR that he fell into the basement and hurt his ankle. He also remembered smelling gas and crawling out of a basement window.

Another attendee recalled, “There was a big crack and then everything just went slow-mo from there. Both sides of the room just completely split into like a ‘V’ pretty much and everybody was just sliding down these floors. It was just sheer panic.”

South Metro Fire Rescue said on Facebook that there was also a natural gas leak during Saturday’s ordeal, but fire crews quickly cut off the line before it started a fire.

Video reportedly posted to social media showed a large group of teens jumping on the first floor when the floor collapses, leading them to fall into the basement.

Police told KUSA that the homeowners were hosting a birthday party for their 18-year-old grandson. Two teens who attended the party claimed they learned about the gathering on social media.

Fire crews reportedly managed to stabilize the damaged home. KMGH reported that Arapahoe County has deemed the home inhabitable due to safety concerns.

The Red Cross is reportedly assisting the displaced family with housing.