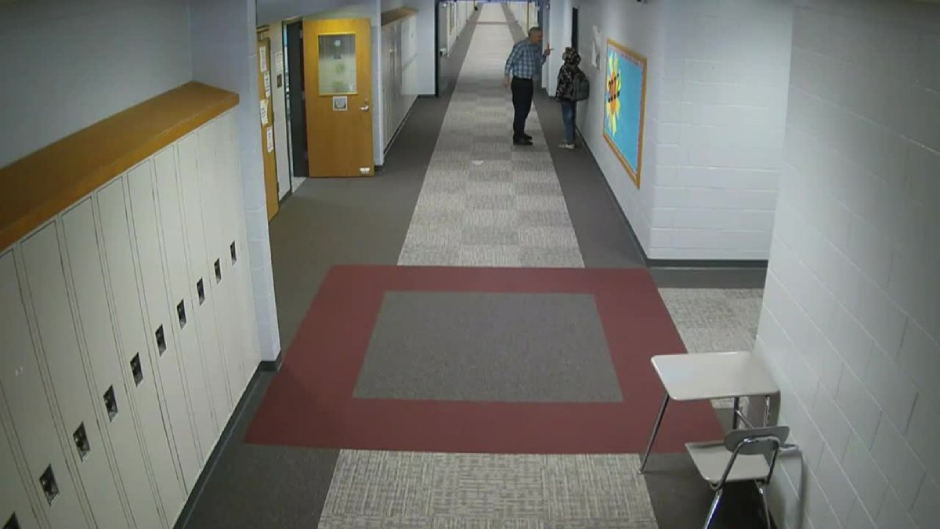 A high school teacher in Indiana has been banned from the premises after he was reportedly filmed slapping a student on Friday.

In a statement issued to the South Bend Tribune last week, Baugo Community Schools said that Jimtown High School teacher Mike Hosinski is no longer employed by the school district. Officials said Hosinski slapped a student in their face after confronting them about their clothing, particularly a hoodie they wore to class.

Hosinski had put in notice that he was retiring in June after almost 40 years on the job. On Monday, the Baugo school board voted unanimously to approve his early retirement — meaning he will receive full benefits and a pension.

During Monday’s school board meeting, several parents blamed the incident on a lack of resources for teachers experiencing disciplinary issues with students.

“The kid has reportedly been expelled from Concord, from Elkhart Schools, and from Jimtown Schools for the first semester. He came back in January and has been sent to the office 30 times, reportedly,” a parent said, according to WNDU.

“The student was put on too loose of a chain,” another parent commented.

The South Bend Tribune reported that a man who identified himself as the student’s father was ejected from Monday’s meeting after he hurled expletives at school administrators.

The father reportedly screamed, “A grown, 280-pound man smacked my son in the face!”

The father suggested to the Tribune that legal action may be forthcoming.