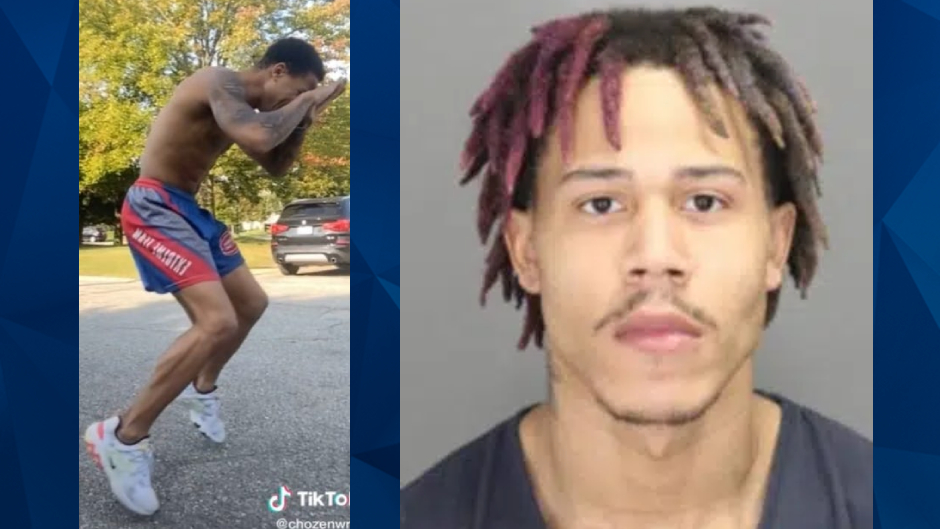 The FBI arrested a Michigan man last week after he was reportedly linked to four robberies that occurred between December and February.

Chozen Terrell-Hannah, 22, allegedly confessed to committing the four robberies after authorities raided his Redford Township home. Prior to his arrest, a tipster contacted Dearborn police about a possible suspect using the handle “Chozenn_One” on Snapchat; the username was changed to “ChozenWrld,” which was the same handle as a TikTok user with 148,000 followers, according to The Detroit News

A criminal complaint stated that the TikTok account, belonging to Terrell-Hannah, helped authorities connect him to the four crimes.

The first reported robbery occurred on December 1 at a 7-Eleven in Commerce Township. The suspect was wearing a black ski mask, black pants, a black hoodie, a black backpack decorated with flowers, and white shoes when he pointed a gun at the clerk, demanded money, and fled. The suspect wore a similar outfit when he robbed the same 7-Eleven on January 26, according to The Detroit News. In that instance, the suspect allegedly fired his gun into the counter.

Police alleged that Terrell-Hannah uploaded a video to TikTok the same day he committed the first robbery, according to WJBK.

On January 13, a man wearing similar clothing robbed a Marathon gas station in Dearborn. The man allegedly stole money while holding a gun to the clerk’s back. He then took an 18-pack of cigars and fled, The Detroit News reported.

The last robbery occurred at the Old West Tobacco store on February 1. The robber was apparently wearing the same clothes as the three prior robberies but witnesses also noticed pink or red hair coming out of his ski mask. Like the previous robbery, the suspect allegedly took money and cigars before fleeing the scene.

The Detroit News reported that some of the victims identified the suspect as white. Terrell-Hannah is Black. However, authorities explained that Terrell-Hannah’s physical features are consistent with the suspect’s description.

“Based on my training and experience, I believe due to (Terrell-Hannah’s) light complexion, the victims of armed robberies, observing him under the circumstances and wearing the clothing described above, could describe him as either white or black,” an FBI task force officer wrote.

According to The Detroit News, detectives discovered TikTok videos showing Terrell-Hannah in white and red Nike tennis shoes which resembled shoes the suspect wore during the four robberies. Terrell-Hannah reportedly also had pinkish-purple hair in some of his videos.

Further, Terrell-Hannah’s phone data placed his phone in the vicinity of the three locations at the

During Wednesday’s raid, the FBI reportedly located various items linked to the four robberies, including white Nike sneakers, a black backpack decorated with flowers, a Glock handgun, and a skeleton bodysuit.

Terrell-Hannah allegedly admitted to the robberies following Wednesday’s raid. He is charged with robbery affecting interstate commerce and possessing a firearm during a violent crime.