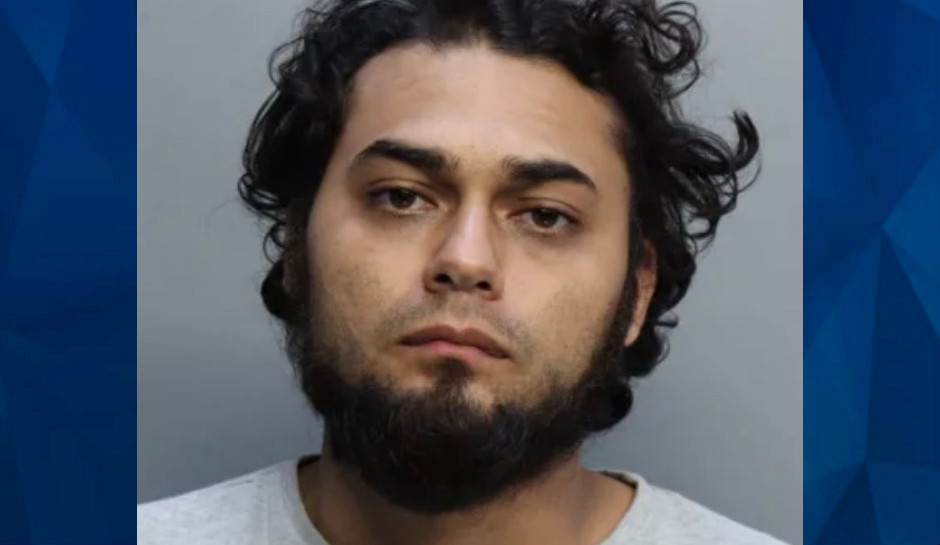 A south Florida Lyft driver has been charged with raping an intoxicated passenger over the weekend and ordered held on a $500,000 bond.

The Miami Beach police report says that Kevyn Rojas, 26, is charged with sexual battery on a physically helpless victim, according to the Miami Herald.

He was ordered to give up his passport and to stay away from the woman, who was visiting from Texas.

She told investigators that she had been out with a friend Saturday night and decided when leave when she began feeling ill. She used the ride-share app Lyft to call for a ride, and Rojas arrived to pick her up at about 4:20 a.m. Sunday morning

The woman said she fell asleep in the back seat and woke up to Rojas’s app pinging their arrival at the Berkeley Shore Hotel, where she was staying. But when she looked up, she said, Rojas drove away. He drove around for a short time, then parked and climbed into the back seat, where he began pulling up the woman’s dress and taking off her underwear, the police report said.

The woman tried to fight him off and repeatedly told him no, but she was too intoxicated to stop him.

When he finished, he took the woman to her hotel and she called police.

According to the report, surveillance video corroborated the woman’s allegations, NBC Miami reported.

Lyft said the allegations are “appalling” and told the Herald that Rojas has been banned from using the Lyft app.